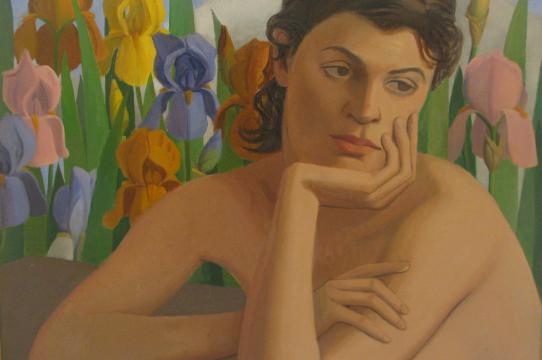 Virtual exhibition of selected Farr works in Sesnon Gallery Model created by Geopogo
Navigate the gallery using the four arrows of your keyboard for directional navigation, and the touchpad to look around and up and down. Video clip in the back room is activated by moving towards the screen. 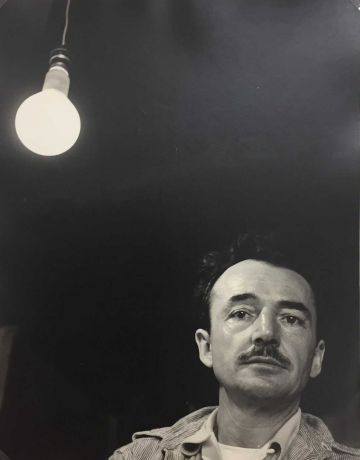 Charles Griffin Farr was born in 1908 in Birmingham, Alabama.  He studied in New York City and at the Academie Americaine in Paris, France. He died in San Francisco in 1997.

Charles Griffin Farr was a painter in the American Realist tradition whose oeuvre has not been affected by fad or current, but through a stoic personal sojourn has created an individual painting style which assimilated his appreciation of the past with a sophisticated understanding of modernist theory and aesthetic.  His influences range from classical Renaissance through 17th century Dutch painting to contemporary issues and ideas of visual perception.  His perception is predicated in careful observation, precise representation and highly-structured compositions, the result of which are masterful, magical, realist paintings endowing the artist’s subjects with a mysterious, supernatural quality that seems to suspend time and space.

Charles Griffin Farr was represented by the Hackett Freedman Gallery in San Francisco until it closed in 2009.

For more information about the collection please contact us
sesnon@ucsc.edu