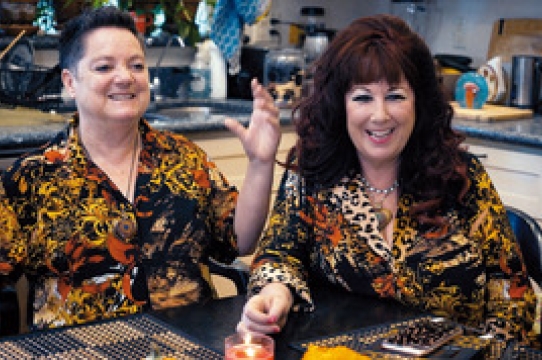 Santa Cruz Pride 2022 is launching on Friday June 3rd with a very special dinner-theater-style screening of Genderation along with a happy hour and cast Q&A!

We are thrilled to announce that Sandy Stone and Susan Stryker will be in attendance! A Q&A with our esteemed guests will follow the screening.

In 1999, a groundbreaking documentary on gender fluidity hit the screen; Monika Treut’s Gendernauts illuminated the shifting nature of gender through the eyes and lives of several unapologetic, iconic San Franciscans.

Twenty years later, Treut returned to the Bay Area to document where time and life have led the pioneering gendernauts. Susan Stryker, Annie Sprinkle, Beth Stephens, Sandy Stone, Stafford, and Max Wolf Valerio all appear in Genderation, still breaking the mold as gender visionaries, but now grappling with a changing city and the challenges of aging in America. Themes of gender identity and trans resilience resonate differently during a Trump presidency, increasing gentrification, and global warming.

Some gendernauts have left the Bay Area for new horizons and new homes, while others remain, holding on with both hands to the gender-fabulous spaces they continue to create. (Synopsis by Sophia Lanza-Weil)