Virtual Exhibition: Beyond the Vote 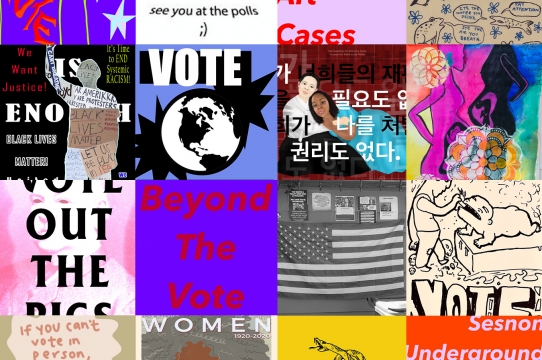 This exhibition is a collaborative effort between the Dizikes Cases and the Sesnon Underground Gallery to display art that pertains to the theme of civic engagement surrounding the 2020 U.S. Presidential Election. Each artist has brought their unique take on the current political climate through their work. It is fascinating to see all of the different perspectives that this creative community brought to the table during such a critical period in our history. We hope you enjoy the pieces that we’ve curated and that so many artists have worked hard on. 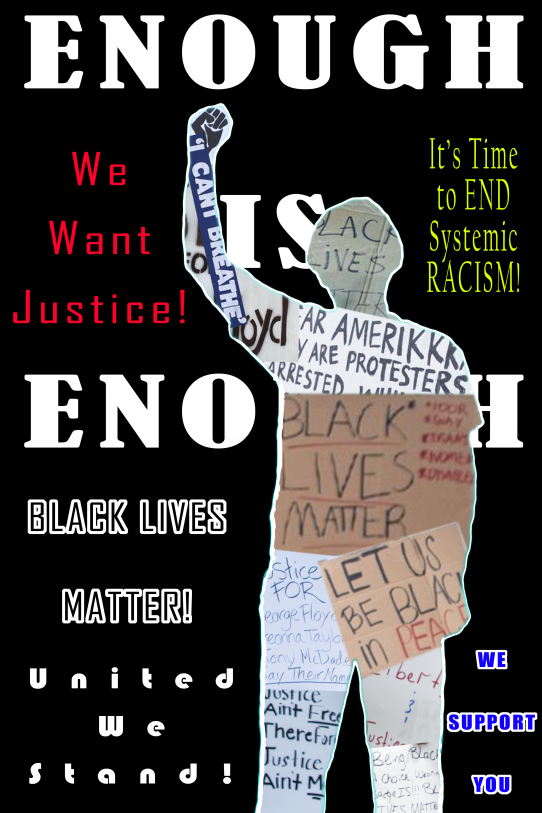 Will Bortin
Enough is Enough
This work is meant to be a graphic representation of the BLM protests in the wake of George Floyd's death, as well an expression of my personal feelings related to the movement. 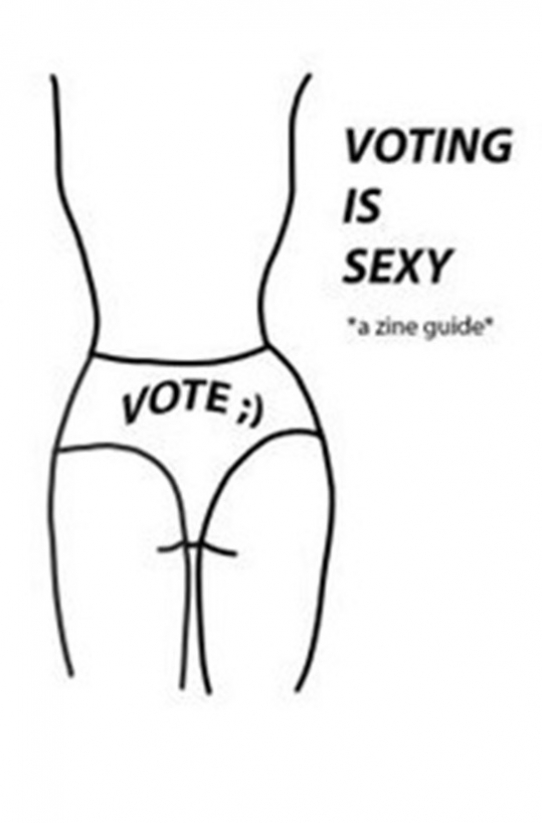 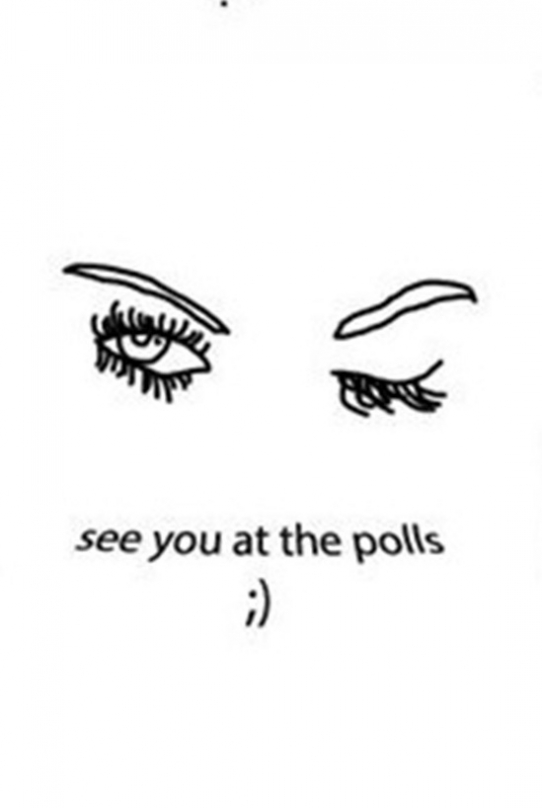 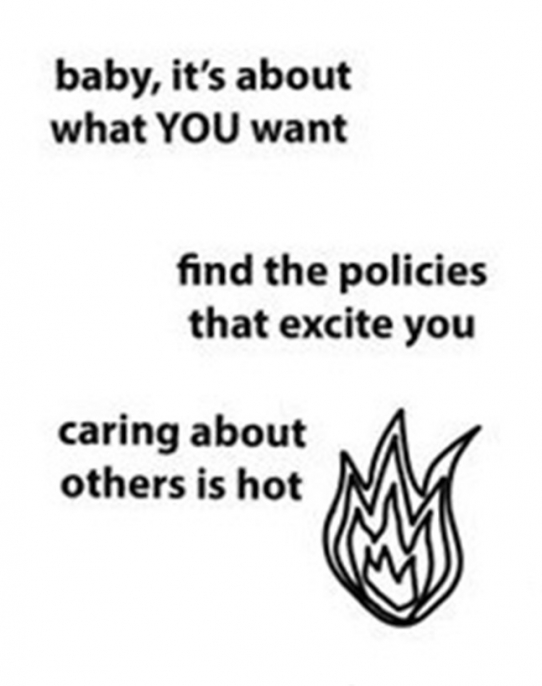 Emily Claridge
Untitled (Selections from Voting Zine)
These pieces were selected from a digital zine made for Professor Elliot Anderson’s Art & Media class. The artist wanted to use a theme that would catch everyone's attention. The pieces are drawn on the computer using photoshop. 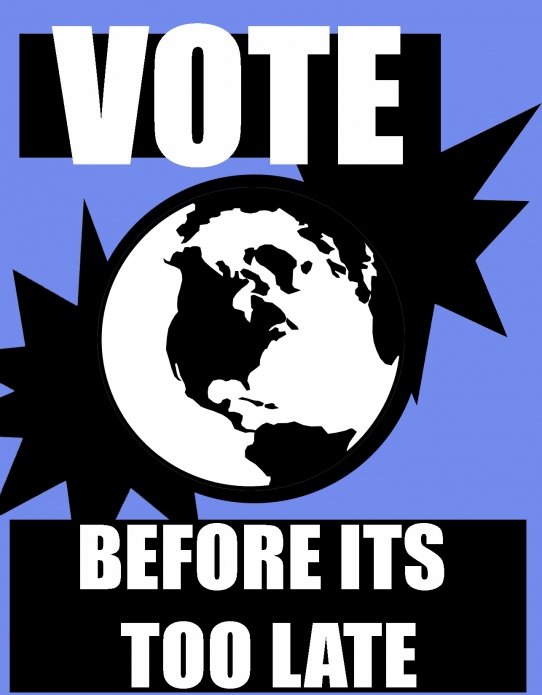 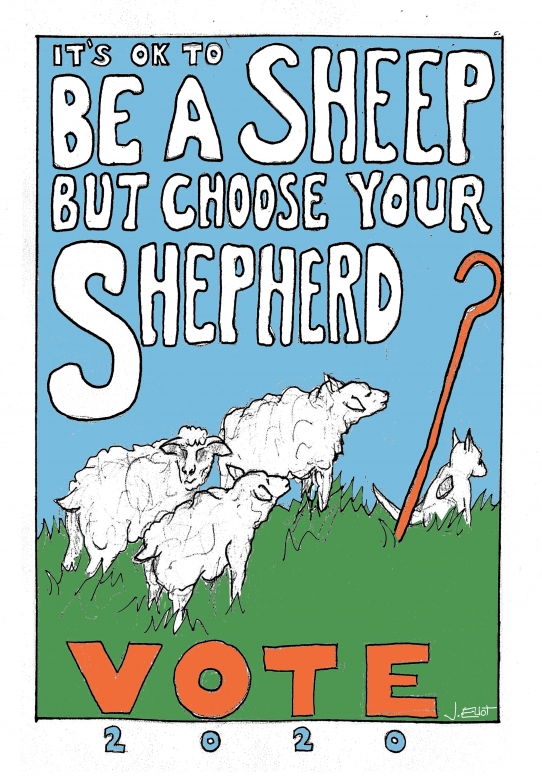 Jasper Eliot
Choose Your Shepard
A shepherd needs sheep in order to lead. If everyone is a shepherd we'll all go in different directions. 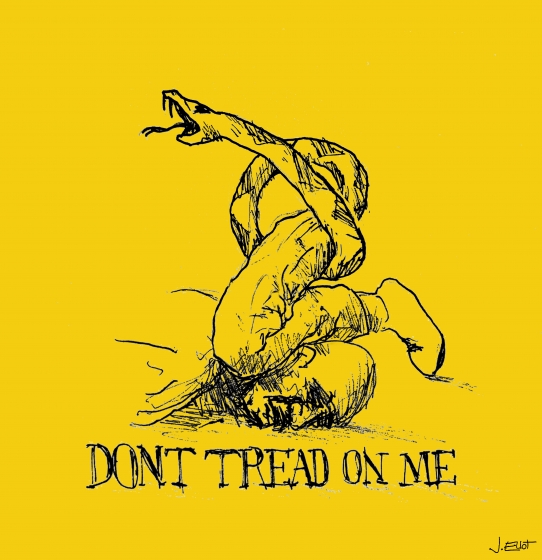 Jasper Elliot
Don’t Tread On Me
The “Don’t Tread On Me” Gadsden Flag is a famous patriotic flag. Implying that if you tread on America we’ll bite back. But what happens when America does the treading? 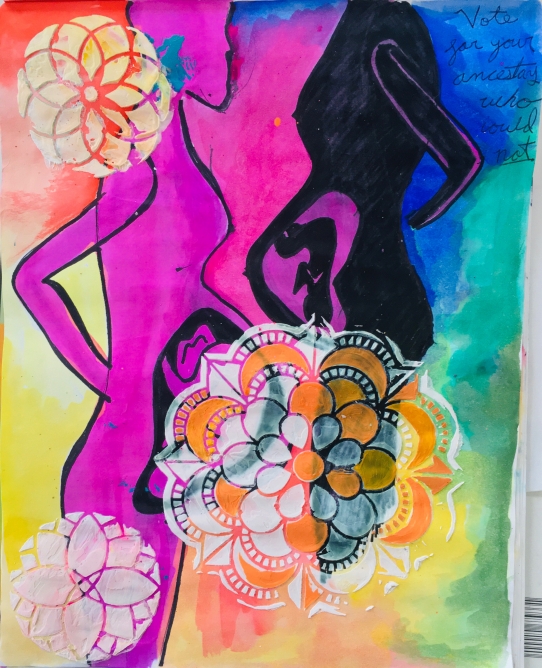 Sydney Eliot
Untitled
My great great grandmother tirelessly fought for a women’s right to vote. She was imprisoned and refused to be released until all the other women were let free as well. This serves as a reminder that the right to vote is an inter generational struggle and we must vote for our grandmothers who could not. 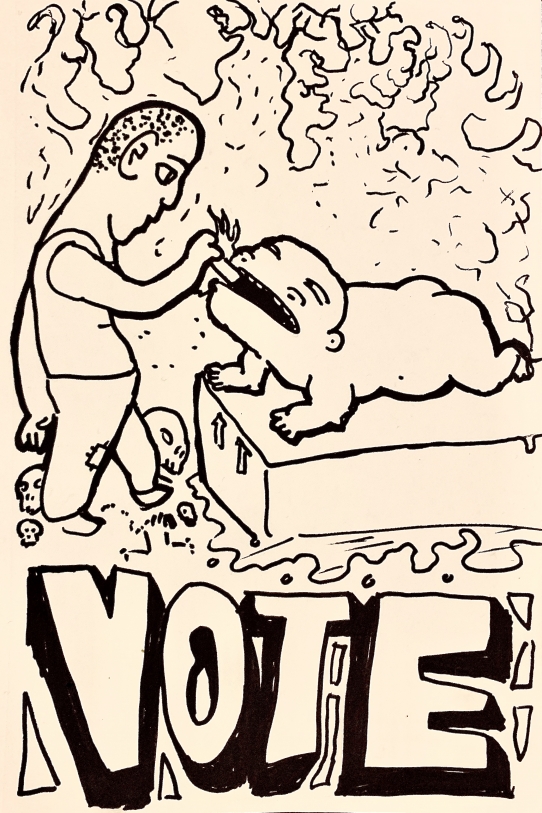 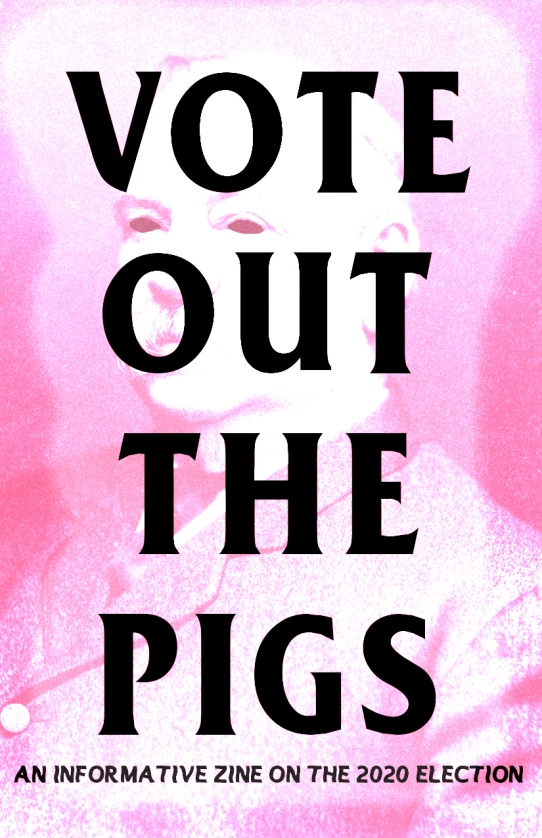 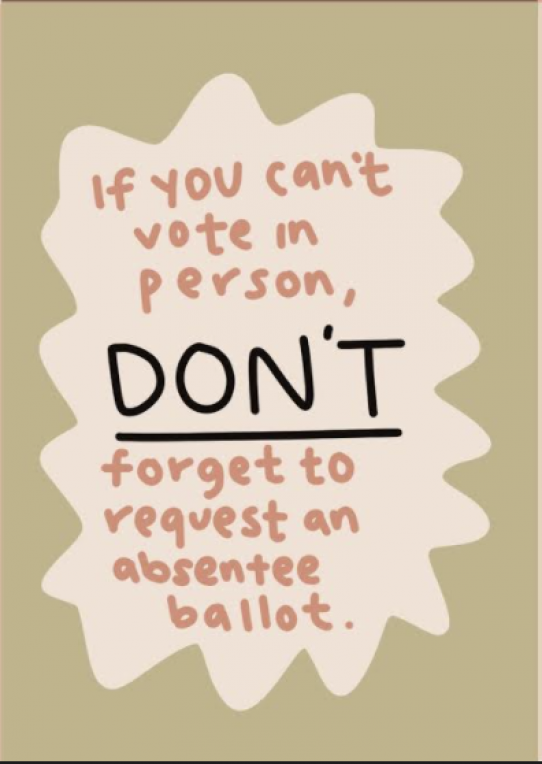 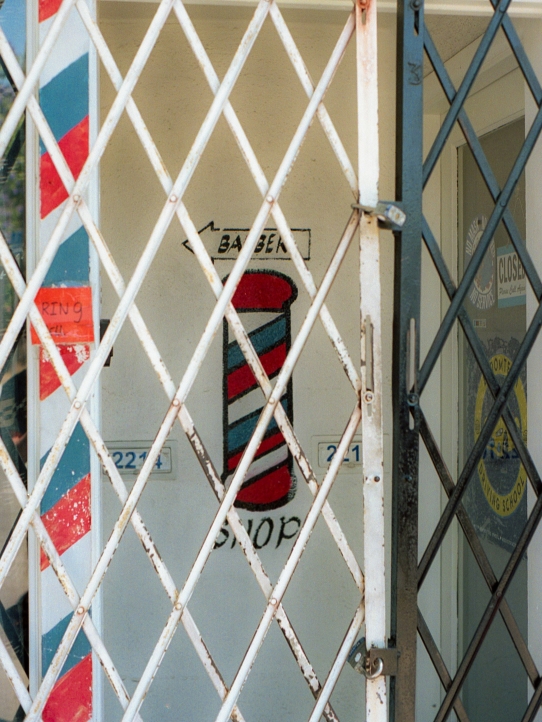 Omar Matias
Barber Shop
I took this photograph at the beginning of quarantine while going on a walk. Small businesses were hit the hardest when covid-19 restrictions were implemented. Politicians seemed eager to give big corporations fiscal help but were slow to reach a consensus as to how to help everyone else. Both the Democrats and Republicans seem to have forgotten who they represented in a nation already suffering enough. 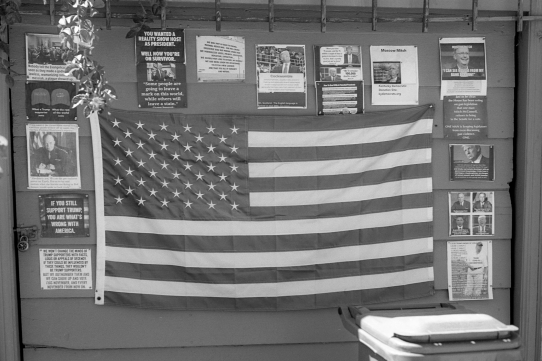 Omar Matias
Suburban Garage Door
This photograph is a garage door of a house in the Hollywood hills. What drew my attention to it was the printed pieces of paper that attacked the Republican party. 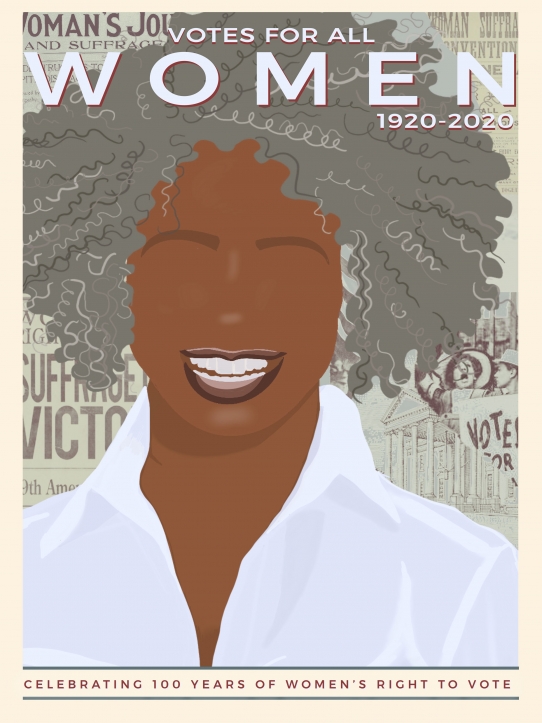 Jasmine Simone
Votes for Women Poster
Digital illustration. A celebration of the centennial anniversary of the passage of the 19th Amendment, guaranteeing and protecting women's constitutional right to vote. 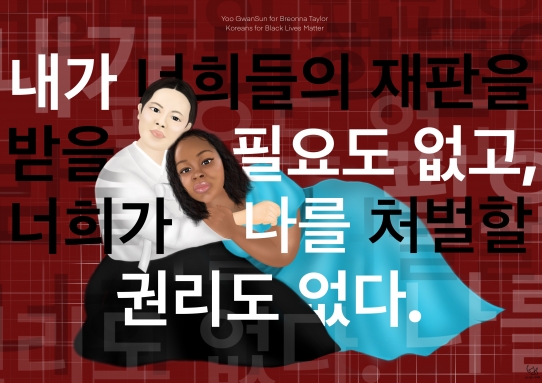 Gioh Sung
Gaze of Strike
This piece depicts the historical figure Yoo GwanSun, who died at the age of 17 fighting for justice and human rights during the Japanese invasion of Korea, comforting Breonna Taylor. Both of whom left too early, and their memory reminds us to continue fighting for justice. The Korean words on the painting is a famous saying that Yoo GwanSun left before her death. It means: "There's no reason I should be judged by you, nor there is a reason for me to be punished by you." 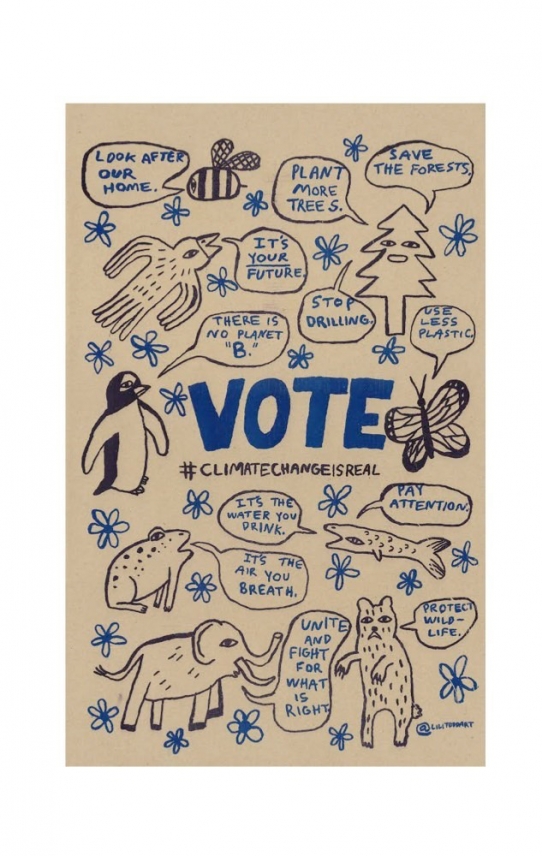 Lili Todd
Climate Change Poster
Risograpph
This poster was made to encourage everyone to want to learn more and be more vocal about fighting climate change.
@lilitoddart @likestudioshop lilidaytodd@gmail.com 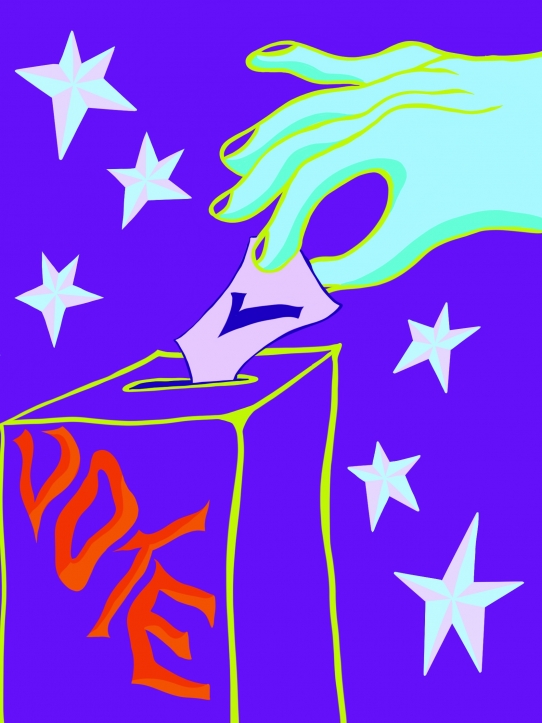 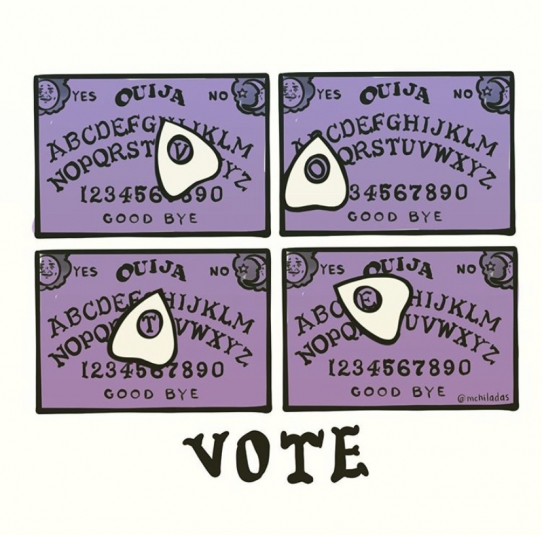 "AGENT OF CHANGE" is a political art project that has been disseminated all over the world. This "money" is handed out to folks at protests, demonstrations, and marches. This currency supersedes the power of money by providing the public with information and inspirations on ways to engage in creating a more just world. The George Floyd bills question conventions; it is an invitation for introspection. This project is also a critique of the United States' spending. More than half of the US's budget is spent on military and war, while we have millions of citizens living in poverty and being punished for their socioeconomic position. In putting a black man on US currency, it allows us to envision a future that caters to the people rather than to corporations. We have the funds and the power. We must continue to fight oppression through collective action and solidarity.
Print your own bills