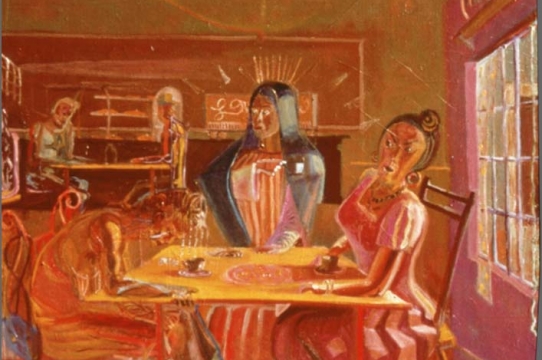 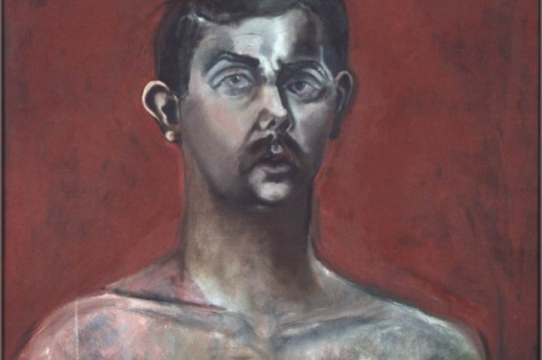 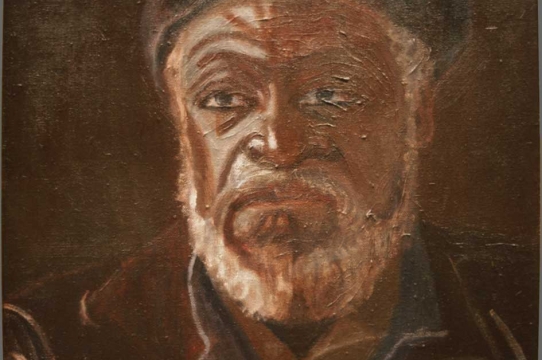 Eduardo Carrillo: Comunidad de Califas
Virtual Exhibition Dates: February 3–April 3, 2021
​This virtual exhibition will showcase the breadth of Eduardo Carrillo’s work spanning from his early career after his studies at UCLA to his later life living in Santa Cruz, comprehensive across oil and watercolor mediums.

Online reception February 3, 2021 4 p.m.–5 p.m. (Register Here)
The reception will feature a tour of the virtual exhibition hub, website, and a panel discussion with Amalia Mesa-Bains, Philip Brookman, and others.

Eduardo Carrillo was a beloved friend, artist, and active member of the Santa Cruz community. Before his passing in 1997, Carrillo worked as a Professor of Art at UC Santa Cruz, bringing spirit to every studio and inspiring the budding artists he worked with. He believed in merging traditional techniques with contemporary flair in his own work and his teachings–forming this artistic praxis of Califas: two worlds brought together by envisioning a richly transcultural and equitable future.

The Califas Legacy Project is a multi-year, multi-medium, collaborative endeavor launched by Museo Eduardo Carrillo in Santa Cruz to document the legacy of our region’s Chicano/a cultural treasures. The project found its roots in a 1982 UC Santa Cruz conference organized by the late Eduardo Carrillo, Juventino Esparza, Tomás Ybarra-Frausto and Philip Brookman, which brought together innovative Chicano artists, intellectuals and visionaries, titled “Califas: Chicano art and culture in California.”

The resulting Califas Legacy Project moveable mural will be on exhibition at the Monterey Museum of Art (January–April, 2021), accompanied by artworks from Eduardo Carrillo and the individual contributing artists. Each artist is paired in a generational dialogue with artworks by a new generation of Latinx / Chicanx artists – including Victor Cervantez and Irene O’Connell, Amy Diaz Infante, Armando Franco, Anjelica Muro and Jaime Sanchez.

January 28, 2021 5 p.m.–6:30 p.m.
Rising From the Ashes: The Artistry and Perseverance of Moving Parts Press
Online webinar event featuring artist Felicia Rice and UC Santa Cruz professors T.J. Demos and Jennifer González, in conversation about her work, the process of collaboration, and the power of artists’ books to fuel our collective imaginations as we work to cultivate futures of social justice.
Hosted by the University Library in partnership with the Institute of the Arts & Sciences