Eli Hollander: Pictures at an Exhibition (2019) 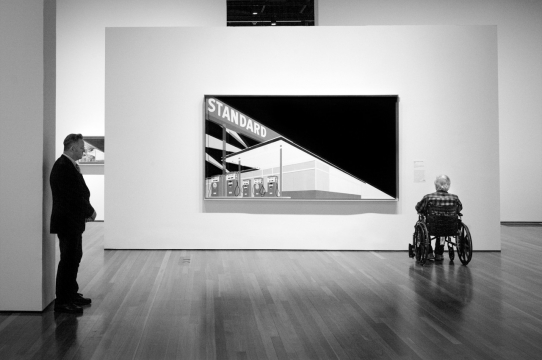 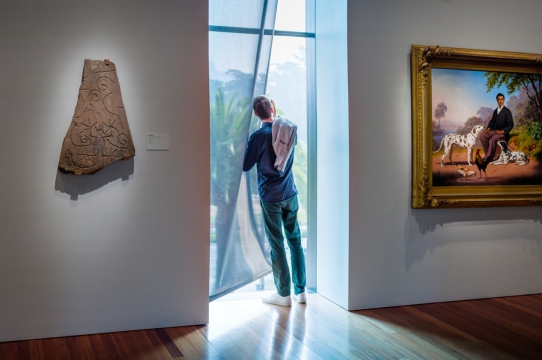 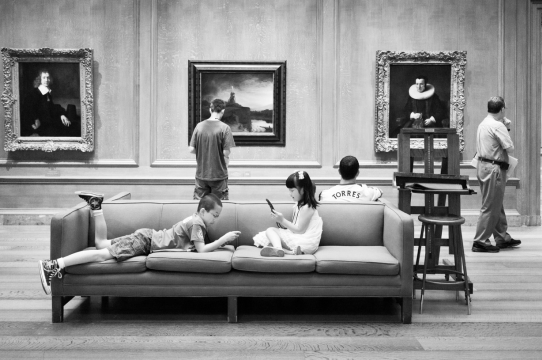 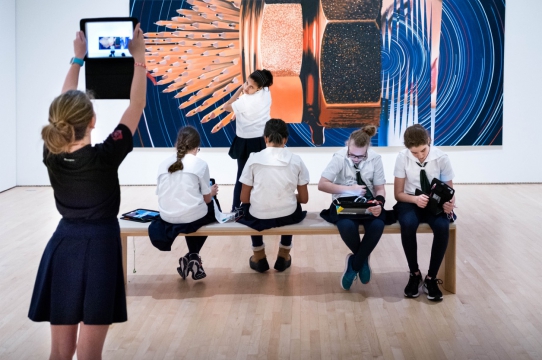 Eli Hollander is Professor Emeritus of UCSC's Film and Digital Media Department. Pictures at an Exhibition includes images he has collected from museums around the United States. The digital photographs show people relating to each other, people relating to the art or themselves, while the environment becomes a character in the story.

In 1974, Hollander came to Santa Cruz as a founding member of UCSC’s Film and Digital Media Department. He served as acting provost of Porter College, then called College V, from 1980-81 and was chair of Aesthetic Studies from 1977-1980. He retired in 2013 and no longer is making films and prefers seeking moments of order in modern chaos through his still photography. This series Pictures at an Exhibition, title inspired by the musical work in 10 movements by Russian composer Modest Mussorgsky, is a collection of images from several exhibitions in the Bay Area, Chicago, Washington D.C., and NY City since 2014. Hollander said, “the camera in a museum makes me experience art in a very different way and I find connections with the people interacting in the composition."

Zach Buck, describes one of these photographs from the de Young Museum, "In the center of a white room hangs Edward Ruscha’s Standard Station. It is a screen-print of an American gas station. On the left of Hollander’s photograph, near a white column, stands a museum attendant in a black suit. His eyes are closed. His shoulders are bent. He wears a wedding ring on a finger of his crossed hands. A man in a wheelchair sits near the screen-print, contemplating the image. Hollander’s photograph is formally balanced. The white space is punctuated by dark forms. There is also a logical balance between the experience of mobility on the one hand and that of stillness on the other.” Hollander captures many quiet decisive moments.