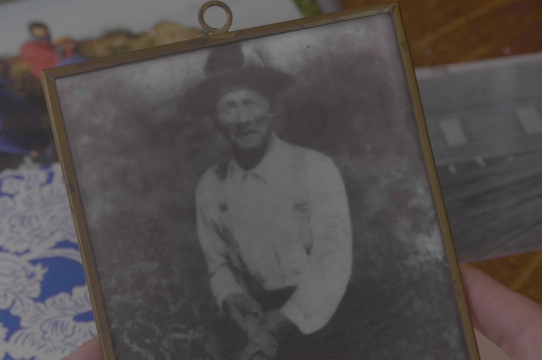 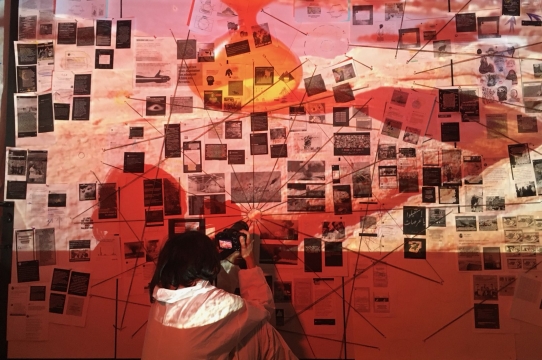 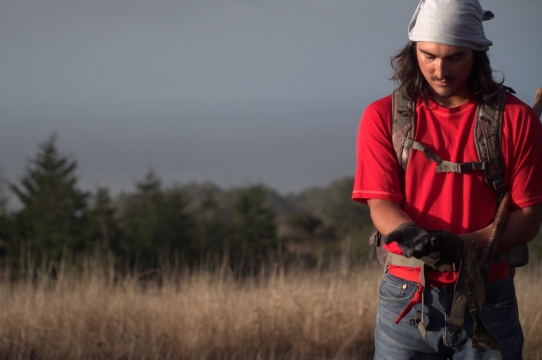 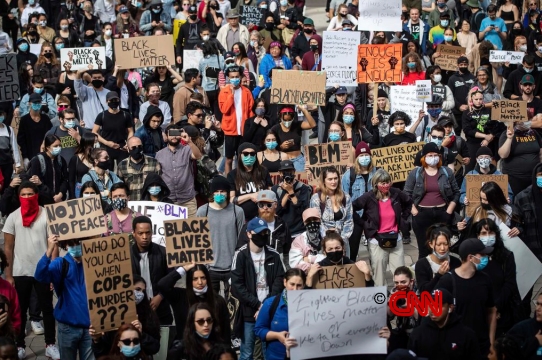 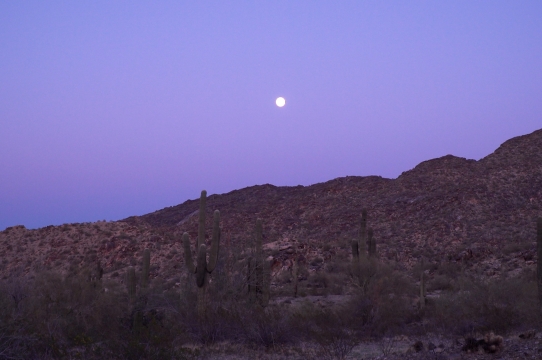 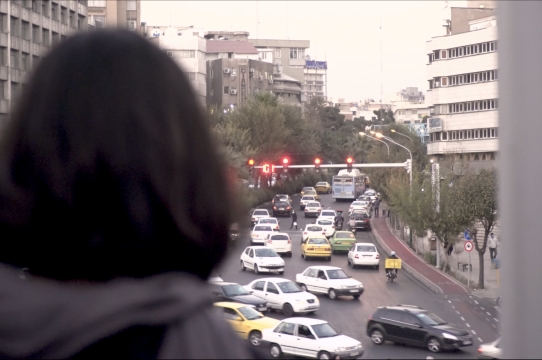 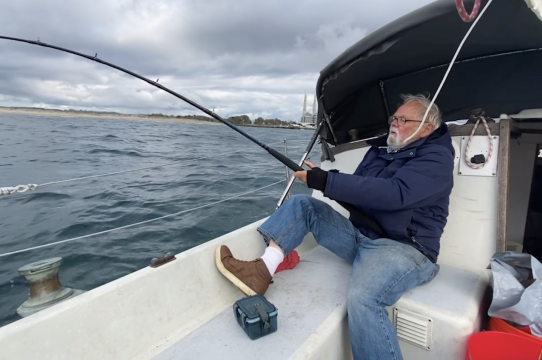 The Mary Porter Sesnon Art Galleries are pleased to announce Frames Per Second, a rotating exhibition of exemplary films from the Social Documentation MFA Cohorts 2021 and 2022: Ruth Anne Beutler, Ernie A. Calderón, Jordan Freeman, Chisato Hughes, Lara Saab, Hoda Sobhani, and Oana Tenter. A printable schedule available for download at the bottom of this page.

From its inception in 2005, a deep commitment to filmmaking as a force of social change has been the ethos at the core of UC Santa Cruz’s SocDoc program. The works in Frames Per Second, films which document communities, cultures, issues, and individuals who are marginalized in the current landscape of representation, reveal how our documentarians are working for social transformation.

September 20-October 1
A Chilling Effect (2022) is an experimental documentary detailing the San Francisco Police Department’s illegitimate deployment of a private network of community cameras to surveil protestors of the George Floyd murder, while deliberately circumventing a recently enacted San Francisco ordinance banning their use of surveillance video technology. This short film investigates the subsequent lawsuit filed by three community activists, state sponsored surveillance, and its panoptic leanings towards “chilling” individuals from exercising their First and Fourth Amendment Rights. Runtime 20m. In English with English subtitles. Directed by Ernie A. Calderón.

October 4-15
Futility Season (2021) is an attempt to revive a friendship that has faded away due to circumstances that imprisoned one and forced the other to emigrate. Neda, who lives in Iran, spent her thirtieth birthday in prison, and Hoda, the film director, began her thirties in a new country as an immigrant. Runtime 23m. In Farsi with English subtitles. Directed by Hoda Sobhani.

October 18-29
Sea State (2022)
The violent forces of the sea converge on a boat in the water. Mariners must read the wind, swell, and currents, overwhelming forces which influence each other as surely as they impact the boat. ‘Sea State’ explores the momentary convergence of these conditions which impact a boat at sea. Safe passage at sea requires an instinctual understanding that no force exists in isolation, a critical lesson for our survival on land. ‘Sea State’ challenges viewers to understand the crises of our world as related through their points of impact.

In a world of accelerating and converging crises, facing ecological and social collapse, we can no longer treat the threats which we face as separate. Runtime 20m. Directed by Jordan Freeman.

November 1-12
Many Moons (2022) is a hybrid documentary that asks questions about ghosts and placemaking today– looking at the history of Chinese expulsions in Humboldt County and the people who, often with the help of local tribes, continued to live in the county despite the threat of white violence. Directed by Chisato Hughes.

November 15-26
Twirling, Not Spiraling (2022) is a documentary performance and installation by Lara Saab that includes xerox-printed social/media posts, maps, a series of drawings and sketches, magnets, sand, found objects, sound, and moving images. This iteration of the performance is site specific and draws from research around coastal life along the coasts of Beirut, Lebanon where Saab is based, and Santa Cruz, California where they are currently studying. The material is weaved together from personal archives, collected memories, social media content, and recorded video and sound material reflecting around the sea and the ocean.

January 3-14​
LAND/TRUST (2022) explores interrelationships of people, plants, land and labor as it follows Amah Mutsun Tribal Band members’ work to restore a coastal prairie on California's Central Coast. The film is drawn from a body of material collected for the Amah Mutsun Land Trust and Tribal Band archives starting in the summer of 2022. It follows the restoration work in the Quiroste Valley Cultural Preserve at Año Nuevo State Park, which encompasses the former site of Mitenne, a village of the Awaswas-speaking Quiroste people. Directed by Ruth Anne Beutler.

January 17-28
Yesterday Ended Last Night (2022)
In the Arizona desert, a community of Christian Romanians live in the fear that the socialism they left behind the Iron Curtain is making a comeback in their new home, America. Two women filmmakers travel the literal and emotional distance to understand how their fellow Romanians have turned far-right Americans. Threading a fine line between being accepted and rejected by the church members, the filmmakers process the ethics of their methodologies and ponder upon the purpose of their documentation. The project takes a close look at the intersection of politics and religion in the lives of a Romanian-American conservative Christian community in Arizona and weaves a multigenerational portrait of its members. Directed by Oana Tenter and Delia Marinescu.

Filmmaker bios:
Ruth Anne Beutler grew up in rural Nebraska and since has lived, traveled, studied, and worked in Europe, Africa, Latin America, and on the East and West coasts of the U.S. She comes to documentary film from a career as a registered nurse with a background in emergency, community, humanitarian, and public health nursing. Beutler's current work includes a documentation/archival project with and for the Amah Mutsun Tribal Band and explorations of personal and collective dimensions of justice and healing in the landscape of indigenous resurgence, landback movements and U.S. settler-colonialism.

Ernie A. Calderón was born and raised in San Francisco's Mission District. His early work included working with at-risk youth, then progressed to a broader emphasis on child welfare and community organizing. His passion for documentary filmmaking draws him to social issues rooted within values of communal citizenry (or lack there of), locally and on a global scale, while also experiencing breaks of international travel as an English teacher and film researcher.

With roots in environmental activism and a love for rural places, Jordan Freeman became a filmmaker to amplify the voices of those under the thumb of the grind of modernity. He spent a decade fighting Mountaintop Removal mining, and fighting for the rights of miners, seeing those two goals as linked. He is drawn to complexity, working with the philosophy that where there are no easy answers, understanding is a worthy goal in itself. His current work is focused on oceans, and the people who know them best. Comprising 71% of the world's surface, and existing outside of national boundaries as we know them, oceans are the largest force affecting both climate and weather.

Before coming to Santa Cruz, Chisato Hughes was an organizer with California Coalition for Women Prisoners, and HAPI, Humboldt Asians and Pacific Islanders in Solidarity. They believe in documentary as a site for empathy, a means for reckoning social histories and subjective relationships, and for bearing witness.

Lara Saab lives and works in Beirut, and is currently completing an MFA in Social Documentation at UCSC, Santa Cruz. She graduated with distinction from an MBA in Art Management (2016) from IESA in Paris, France, and a BA from the Department of Fine Arts and Art History (2013) from the AUB, Lebanon. She was the Program Coordinator of the Home Workspace Program (HWP) at Ashkal Alwan in Beirut, Lebanon from 2016-2020.

Oana Tenter is a documentary filmmaker currently finishing her MFA in Social Documentation at University of California Santa Cruz. Oana’s documentary short THE PASTOR’S WOMEN, about a Pentecostal Roma community set in her home country Romania, premiered at Open City Docs London in 2019. Her work includes collaborations with The Roundhouse, The Young Vic Theatre, The Tab London, VIY and she has worked for the Oscar award-winning production company On the Corner. Her writing can be found in The Guardian, The Evening Standard, Internazionale, Scena9, and Dispatch, among others. She is the recipient of a 2020-2022 Fulbright scholarship.

Delia Marinescu (Co-Director, Yesterday Ended Last Night) is an award-winning Romanian journalist with over ten years of experience. Her reporting and writing appeared in Der Spiegel, ZDF, VICE, Slate, Digi24, Libertatea and Scena9, among others. She published stories from Romania, USA, Jordan, Brazil, Kazakhstan and Pakistan on topics related to human rights. Her latest investigative work led to the arrest of a cult leader in Transylvania. She was the recipient of Fulbright’s Hubert H. Humphrey fellowship in 2020-2021, when she studied and worked for nine months in Phoenix, Arizona.