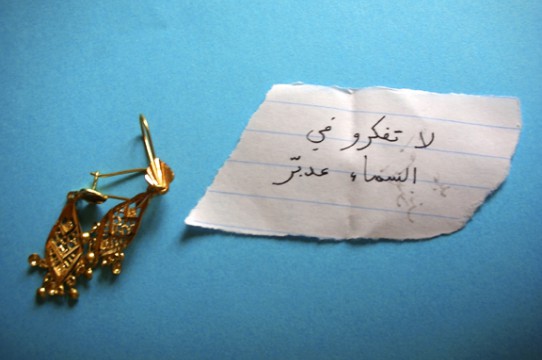 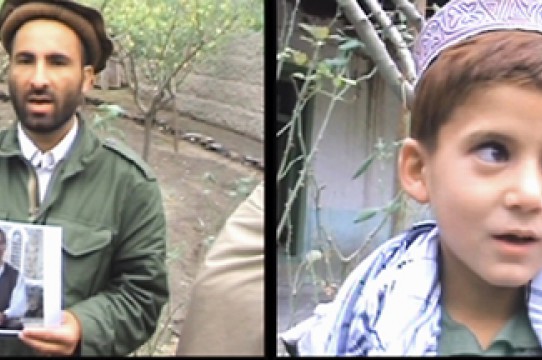 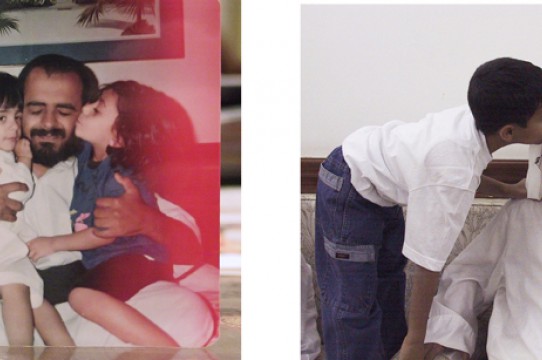 An installation by Margot Herster, created from images, text, audio and video emanating from Guantánamo offers a glimpse into the lives of the prisoners and their relationships with the U.S. attorneys who represent them.

The pictures were usually the real break through moment in these meetings with them. You can talk about their family and you can tell a story, but the visual of seeing someone that they hadn't seen in years was really powerful.

Abdulaziz said he wanted jewelry for his mother and his wife, something they could wear all the time and remember him. He said, 'I have three daughters, a wife and a mother. I love them all very much and I want to give them presents but I can't. I obviously have no money; I don't have any access to anything. Would it be possible for you to go and bring gifts to them from me?' So he became very thoughtful and thought of something specific he wanted for each of his daughters, his wife, and his mother and gave specific instructions for us. Of course, he was thrilled when we came back and told him that we gave them the gifts he requested.

NOTES FROM INTERVIEWS WITH SARAH HAVANS AND DOUG COX

Isatullah watched this video we had made for him with his family about five or six times in a row. Parts showed his father or brother holding our pictures, but we paled in comparison the video of his children who the last time he'd seen was just before he was picked up by the military in Afghanistan. There were two of them he was trying to figure out which was which because they were so little when he left. He was very moved by it, and it seemed like he was trying to jump into the video almost. When his kids would say things he would talk back to them, ask them questions, answer their questions.

LEFT: REPHOTOGRAPHED SNAPSHOT OF FUAD WITH HIS CHILDREN BEFORE HE WAS DETAINED

Before one of my visits recently Fuad's father had passed away. He had received letters from his family, but his family didn't want to tell him because they thought it would make it harder for him there. So they didn't tell him that his father had died. I had to tell him because of my relationship with him. Because he had gotten messages from his family, he thought I was lying and he got angry with me. It was a tense moment to say the least. I tried to explain what his family had tried to do and how they only wanted to send good news.