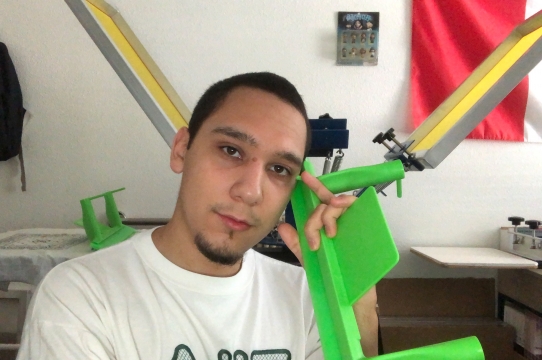 Rodrigo Ramos is a mixed media artist from Bakersfield, CA. As an experimental creator, his work ranges from analog to digital practices and compliments his experiences as a Chicano with immigrant parents. Rodrigo is inspired by his Mexican heritage and employs his art as a tool for social advocacy. His work often promotes self sufficiency through the Chicano artistic aesthetic of Rasquachismo by overcoming material and professional limitations. This idea can be translated as ‘doing the most with the least’ and it is how Rodrigo continues to call for a resurgence of Chicanx Pride. 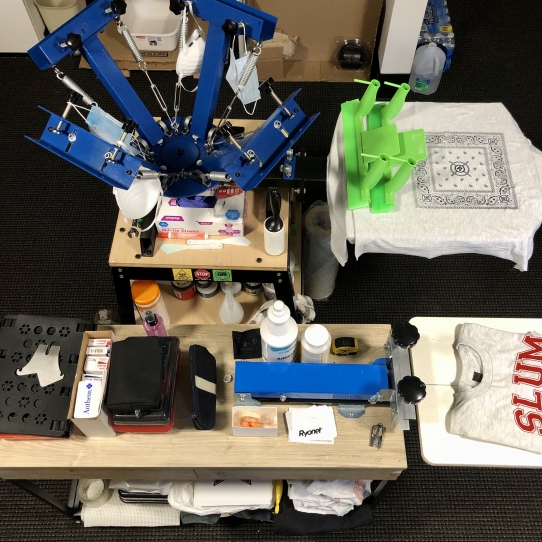 Coming from an immigrant family, it’s all about putting food on the table. As a Mexican American, I am the product of two cultures with pressures on both sides. On one hand, there’s a pressure to be more Mexican while on the other, there’s a pressure to be more American by assimilating into American society. The driving force behind this assimilation is the idea of simply ‘getting a stable job and buying a nice home’ reflecting the initial goal of putting food on the table. While I am grateful for the opportunities afforded to me as a U.S citizen, I understand the effect it has on my connection to my Mexican heritage. 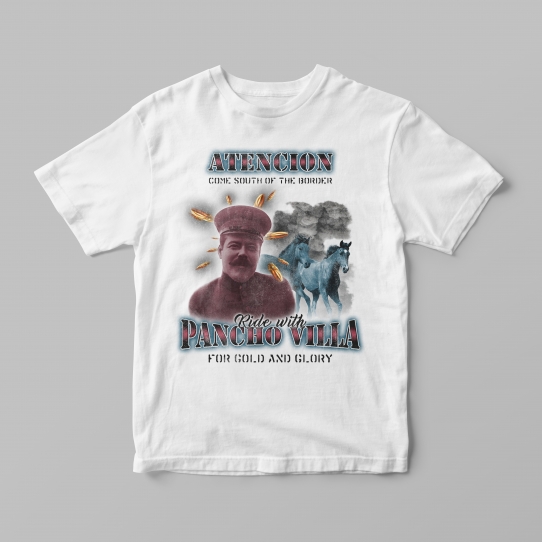 Francisco “Pancho” Villa was a Mexican Revolutionary General celebrated for his relentless protection of the poor. Fighting alongside Emiliano Zapata, the pair dreamed of a democratic Mexico that opposed the dictatorship of its time. When designing the graphic, I set out to capture his relentless energy by recreating his recruitment poster from 1915. The Bullock Museum writes, “Villa was one of the most well-known military leaders of the Mexican Revolution, due in large part to a deal he made with Hollywood to film many of his battles. Villa actively recruited soldiers and mercenaries outside of Mexico for his army. This advertisement specifically targeted skilled professionals, promising weekly payment in gold for dynamiters, machine gunners, and railroaders. He obtained the gold by confiscating it from Mexican banks.” 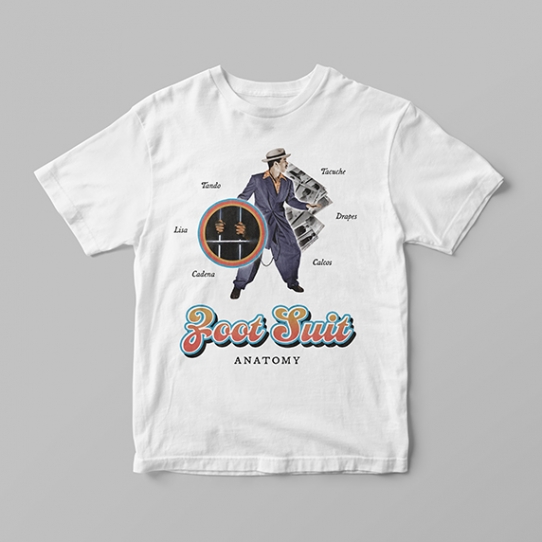 1940s - Zoot Suit Riots, Pachucos vs. Servicemen:
The Zoot Suit Riots of the 1940s are especially significant for its common exclusion from American history. A group of American Sailors attacked and stripped Mexican Americans wearing Zoot Suits because they were seen as ‘unpatriotic' for their excessive use of fabric during World War II. The Mexican Americans, also referred to as Pachucos, were wrongfully jailed due to the racist motives of the Los Angeles Police Department. The criminals who beat and stripped them were left untouched and were even defended in the media. For my design, I chose to highlight Germán Valdés, known as ‘Tin Tan.’ Germán was a Mexican actor who often employed Pachuco wear and slang in his movies inspired by his close proximity to the culture. Behind him are the booking photos of the Mexican youth that were wrongfully arrested. 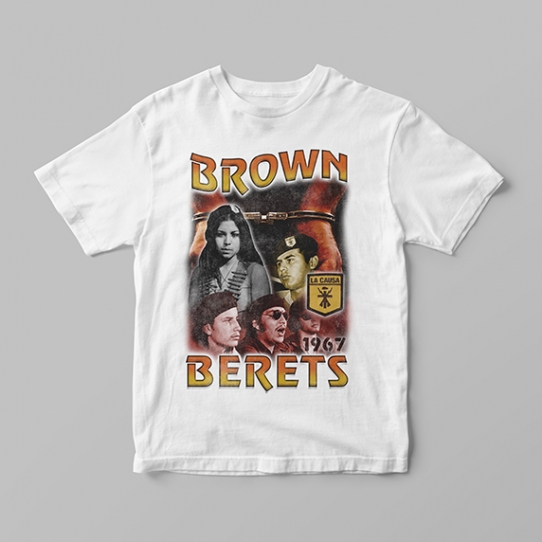 Late 1960s - Brown Berets, Los Boinas Cafes:
The Brown Berets is a Chicano activist group inspired by the Black Panthers. Originally named Young Citizens for Community Action,  the Brown Berets continue to fight against police brutality and inequities in the education system among other social issues. During the 1970s, women in the movement felt as though they were being treated unfairly for their efforts since they made up a huge majority of the action planning and groundwork. For this reason, I chose to highlight a woman figure in my design that symbolizes the famous corrido (or ballad) of “La Soldadera” by wearing a cross harness of bullets. I included an image of the founder of the Brown Berets,  Dr. David Sanchez along with imagery chosen to represent police brutality.

Mexican Americans are often referred to as Chicanos; this term is used to identify those who were born in America, but are of Mexican origin. I choose to identify as Chicano as a matter of pride and honor. To be Chicanx is a balance of two worlds; while we are Americans, we retain the traditions of our ancestors. "Chicanx" defines younger generations who take pride in their Mexican ancestry and integrate it into their American life.

I activate my Mexican ancestry through my art by practicing Rasquachismo in combination with highlighting the social inequalities of my community. My art partly exists to fill in the gaps in the educational system that often overlooks the rich history of my people. I fully embrace the confusion that comes with being Mexican American and am grateful to belong to a group that embodies this emotion. 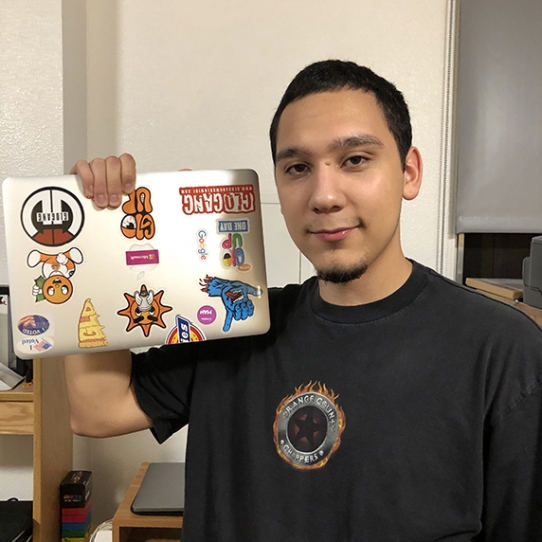