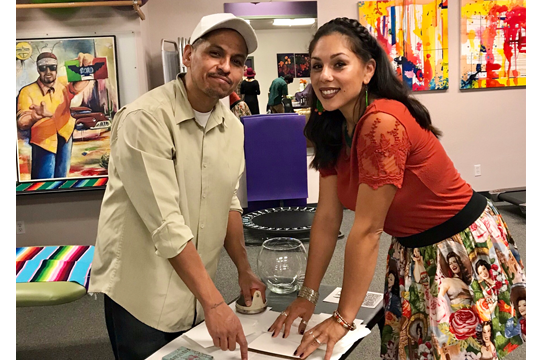 Join us in conversation with guest artists Irene Juárez O'Connell and Victor Cervantes and hear about their community-centered art practice, activism, and continued resistance against cultural erasure.

Irene Juárez O'Connell is a community-based artist inspired by the Mexican muralist tradition and the Chicano movement of the 1960s in LA. A graduate of University of California Santa Cruz in Public Art; Latin American and Latino Studies, she is passionate about uplifting marginalized voices through public art, mentorship, and organizing roles. She also serves on the board of the Santa Cruz Museum of Art and History.

Victor Cervantes is a prolific artist, visual arts consultant, and college instructor. He is an accomplished academic whose graduate research at Columbia and Harvard focused on promoting cultural diversity through art. Cervantes also serves as the Art Director of the non-profit Quinto Sol, which works with youth to empower neighborhoods through artistic expression. 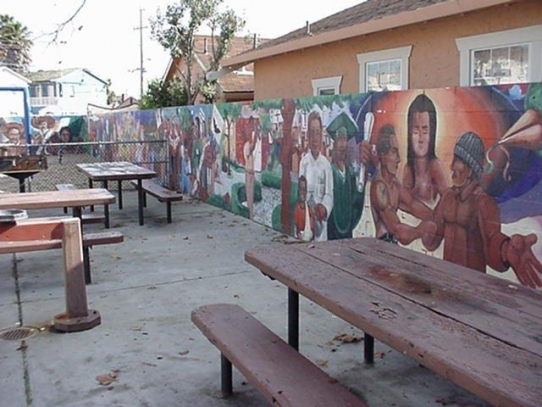 In 2014 the City of Santa Cruz whitewashed a beloved community mural in the Beach Flats neighborhood without notice given to the artists or consultation from the residents. The mural, first painted by Victor Cervantes and Enrique Padilla in 1993, depicted scenes of both activism and daily life and was heavily influenced by the neighborhood’s strong Latinx culture. The erasure sparked uproar and demands for meaningful community involvement in decisions affecting their neighborhood. Following a public apology and settlement, the City enacted a participatory public art process to engage residents in a new mural design. In 2016 Irene Juárez O'Connell was selected to paint the new mural, working with the Beach Flats community from image conception to installation. The new mural's seven panels incorporate elements from the original mural, Beach Flats neighborhood scenes, and homage to the historical and cultural legacy of Latinx and Indigenous communities. 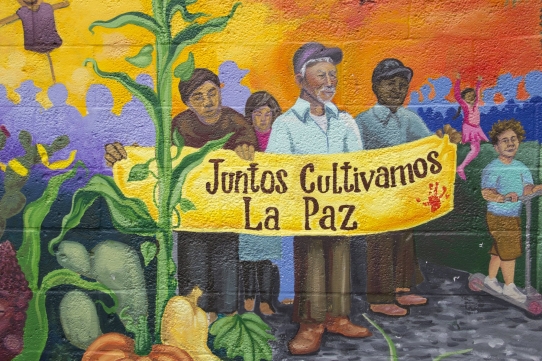 The Sesnon Gallery Speak Up Series aims to provide a safe space for students and the UC Santa Cruz community to engage with ideas generated from our programmed exhibitions. This event is scheduled in conjunction with the virtual exhibition, Eduardo Carrillo: Comunidad de Califas.

Eduardo Carrillo: Comunidad de Califas anthologizes the life-work of the titular artist through his personal manifestations of “Califas”– in identity, spirituality, and community. Califas is a branch of the Chicanx movement that centers Californian Latinx culture and struggle in its educational mission. In the current age, we seek a type of beauty that reflects our neighbors and our towns. We seek strength in togetherness, a notion that Eduardo Carrillo emulated in his art and during the conception of Califas. What can ancestry and tradition teach us about resilience in the face of oppression?