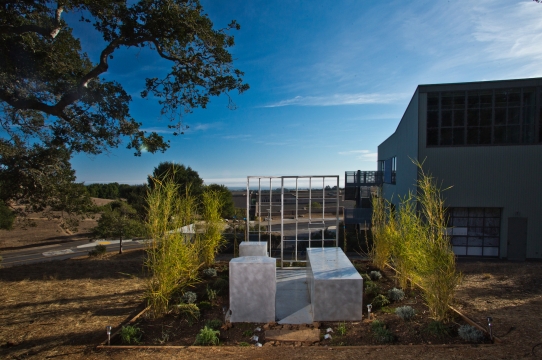 Solitary Garden, the participatory public sculpture and garden project by jackie sumell, is on view at UC Santa Cruz Baskin Art Studios. Perched on a slope at UC Santa Cruz overlooking Monterey Bay, Solitary Garden is a participatory public sculpture and garden project by award-winning artist jackie sumell in collaboration with Tim Young, who is currently on Death Row in San Quentin State Prison, fighting to prove his innocence in the California appellate court system. The sculpture follows the blueprint of a 6’x9’ U.S. solitary confinement cell similar to the one that Tim has been confined to for twenty-one years. The stark cell is surrounded by a garden which Tim designed via letters and drawings to students and volunteers, who cultivate it as his proxies.

The 6’x 9’ sculpture of the solitary cell is a conduit for learning about the experiences of Tim Young in his similarly small cell in San Quentin. As part of Solitary Garden, Tim has written letters for the project from, as he describes it, “a tiny, antiquated, windowless cell on San Quentin's East Block,” a lockdown unit that houses the majority of the 750 people currently on California's Death Row. He spends upwards of twenty-two hours a day in this cell so narrow that he cannot fully extend his arms. 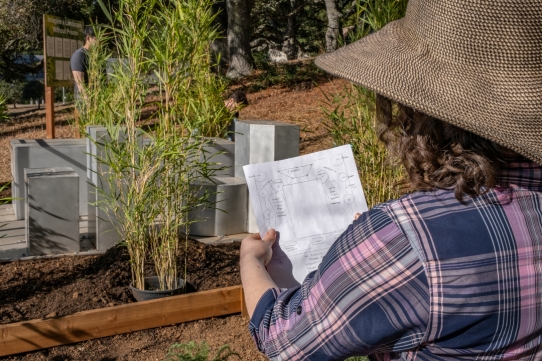 Since August 2019, with letters and topics ranging from garden designs and plant lists to more personal reflections about his childhood and his life in prison, Tim has provided a striking glimpse into his small cell and to conditions in San Quentin, including the horrific spread of Covid-19 in the prison and his own illness from the virus. Despite the conditions described in his letters, however, when Tim writes of the concrete walls and metal bars that surround him, he describes roses blooming through cracks in the concrete and vines of jasmine climbing the bars. 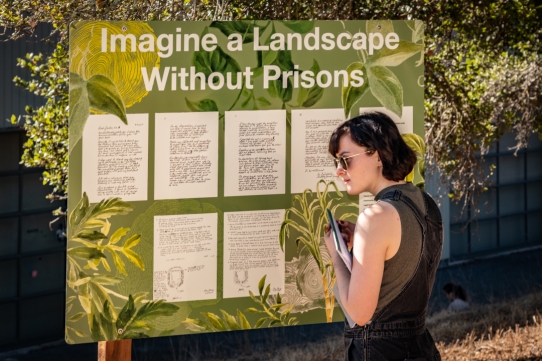 “I pictured myself at Solitary Garden.... I sat on the bench and I overlooked the garden in solitude. I meditated. I walked around the structure, taking in the panoramic splendor of all the flowers and plants. And then, I did what I’ve been dreaming of for so long. I squatted down and felt the earth. I picked up the soil and let it sift through my hands. It has been 21 years” –Timothy James Young

Tim Young's letters and writings for Solitary Garden can be found here.

Tim and jackie are part of a growing collection of committed activists both in and out of prison who are working to not only improve the conditions in which incarcerated people live—to humanize the cages—but also to tear down the cages altogether. Their end goal is to build a more equitable society in which cages are no longer the solution for social problems associated with poverty, mental illness, and racism. As Tim says, the call of Solitary Garden is to "free'm all!"

Tim writes, “With racism impacting all aspects of not only policing but also how the courts mete out their judgments and sentences, how could justice be found within the same systems constructed around discrimination against Black people, people of color, indigenous people, and the poor?...Abolition would give us a blank state, and should be part of the reparations that are past due in the United States.”

While Tim is currently fighting to prove his innocence as a wrongly convicted prisoner, based on his experiences he sees abolition as a means to end hundreds of years of oppression and systemic racism. Tim’s vision of abolition includes building solutions for centuries old problems by focusing on prevention, rehabilitation, and community—questioning the nation's dependence on prisons, punishment, and isolation as a solution to social problems. 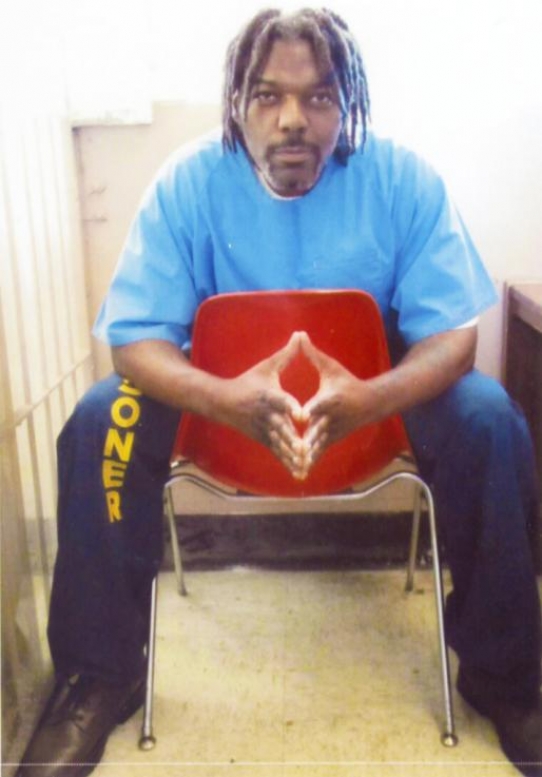 Learn more about Tim Young, his case, and how to support him at his website.

Solitary Garden is stewarded by the Institute of the Arts and Sciences and the Mary Porter Sesnon Art Gallery.