A Conversation with Sharon Daniel 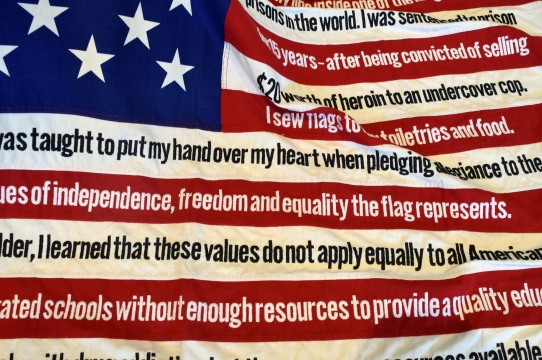 The Sesnon Gallery Speak Up Series aims to provide a safe space for students and the UCSC community to engage with ideas generated from the exhibition Barring Freedom and beyond. The Sesnon Gallery at UC Santa Cruz encourages interdisciplinary discourse through the lens of the arts.

Our next event in the Sesnon Gallery Speak Up series, features a discussion with Professor Sharon Daniel whose work is in Barring Freedom at the San José Museum of Art. Focus will particularly be paid to Daniel's installation series Undoing Time and her new interactive documentary, EXPOSED, as the basis for a conversation on prison labor and the incongruity between the conditions of prisoners and the promise of constitutional freedom.

Joining in conversation with Sharon is co-curator of Barring Freedom and director of the UC Santa Cruz Institute of the Arts and Sciences, Rachel Nelson. Sharon and Rachel will be discussing Sharon’s collaborations with people who are incarcerated. Tim Young, one of Sharon's collaborators, currently incarcerated in San Quentin, is planning to call in to join the conversation.

Undoing Time/PLEDGE, is a video installation co-authored with Beverly Henry, who was formerly imprisoned at the Central California Women’s Facility in Chowchilla, where she worked in a prison sweatshop sewing American flags for sixty-five cents an hour. An 8 x 10 United States flag made in the factory where Beverly worked provided the material for the installation Undoing Time/Amends/Excessive Force. Daniel has embroidered the names of Black men and women murdered by police onto the stars in the flag and embellished the stripes with texts from supreme court opinions about the practice of “stop and frisk”.

EXPOSED, is an online artwork which documents the spread of COVID-19, over time, inside prisons, jails, and detention centers across the United States, from the perspective of incarcerated people, their communities, and facility staff. Letters and phone calls from Tim Young (Solitary Garden project) provide a narrative thread throughout this work.

Presented in collaboration with the UC Santa Cruz Institute of the Arts and Sciences. 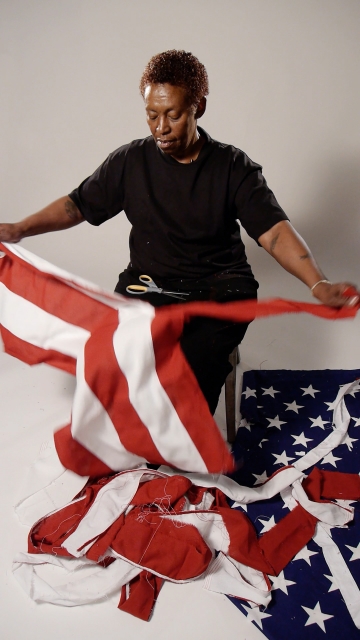