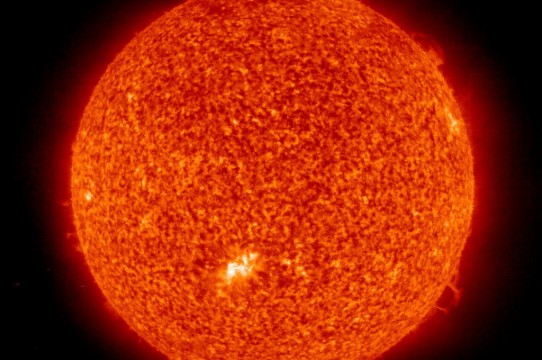 The return of el Cielo/Sky

Return exhibition from the Canary Islands

project discussion and interview with Jim Denevan about his recent work

at the Porter Faculty Gallery, UCSC

The second part of the exchange, curated by Shelby Graham of the UCSC Sesnon Gallery, will feature the work of Santa Cruz artists and UCSC faculty members working with the same theme of sky exhibiting their work in Tenerife. With this group of artists, the theme is applied environmentally, conceptually and metaphorically. The exhibition will take place at the Sala de exposiciones del Parque García Sanabria. Shelby Graham will travel to Tenerife to install the work and meet with cultural leaders February 8–14, 2010.

work from Santa Cruz, CA to travel to

UCSC professors Elliot Anderson and collaborative team Jennifer Parker and Barney Haynes will exhibit their current research. Anderson uses a digital compilation to average hundreds of cloud photographs into single images. Parker and Haynes created a site-specific interactive installation using solar wind data to drive the components. Local environmental artists and UC professors Newton and Helen Harrison will present a video on greenhouse gases, and video artist/photographer Susan Friedman will show her documentary “What’s Up in the Universe?” Cabrillo faculty and staff members Victoria May, Andrea Borsuk and Janet Fine will contribute works depicting the sky metaphorically in the form of an installation, balancing snow globes and photo allegories. Artist Jim Denevan will project a view of his large-scale sand drawings “from the sky,” while Diana Hobson questions the origin of the sky itself. Charlie Sloan, Barbara Benish and Isabelle Jenniches will exhibit mixed media paintings, altered photos and web cam images that capture the light, texture and vastness of stormy skies.

Shelby Graham has an MFA in photography and is a practicing artist exhibiting her work in the US and Japan. She has been director of the Mary Porter Sesnon Art Gallery at UCSC since 1999 and her curatorial works include Some Assembly Required: race, gender and globalization, 2009; Interruptions of Hierarchies, 2008; Image as Object, 2006; Hank Willis Thomas: Signifying Blackness, 2006; and The Rhetoric of the Pose: Rethinking Hannah Wilke, 2005. Graham is on the executive planning committee for a new Research Museum/Center for Art and Visual Studies at UCSC. She has taught courses in photography, contemporary art, and museum practices at the University of California, Santa Cruz; Cabrillo College; and Seinan Gakuin University in Kyushu, Japan.