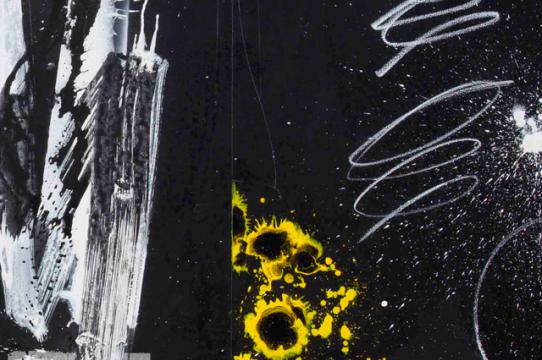 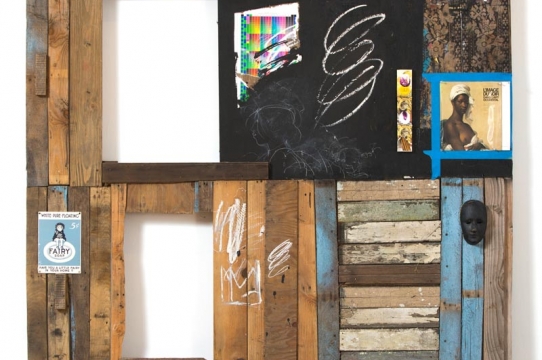 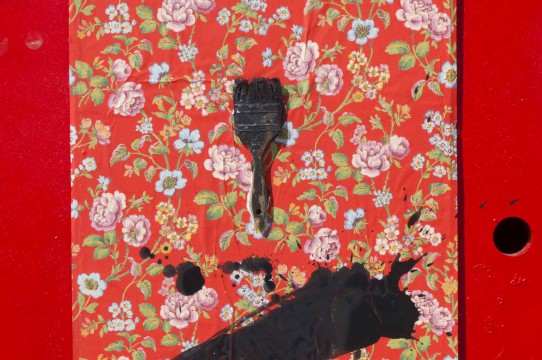 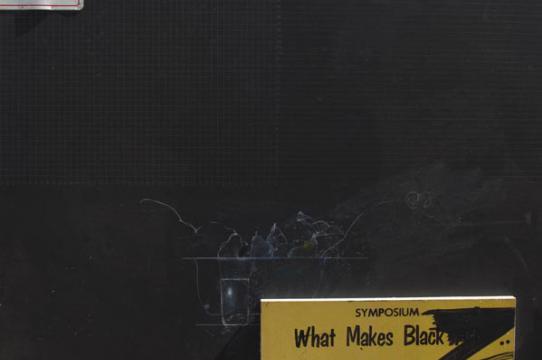 NOTICE: closing time on Wednesday, Nov. 25 is 5pm due to Thanksgiving Holiday

curated by Shelby Graham and crystal am nelson

Free and open to the public.

Modernist painter of international acclaim, Raymond Saunders dares his audiences to accept the fact that black really is just a color; one among many on the palette of any artist who seeks to emancipate himself and his practice from the binds of identity-driven art.

The Mary Porter Sesnon Gallery is honored to present Raymond Saunders: Black Is a Color, a solo exhibition featuring over twenty of the modernist painter’s most dynamic and challenging works to date. Concurrently, Raymond Saunders is showing at Lora Schlesinger Gallery in Santa Monica, California. His work can be found online with Wirtz Projects.

Having exhibited nationally and internationally since 1952, Saunders, working in a range of media from drawing to assemblage, interrogates the false premise that artists who are black produce something that can be uniquely identified as "black art." This exhibition, named after his notable 1967 pamphlet "Black Is a Color," showcases the profound ways Saunders troubles and refuses any easy associations of racial blackness with his deployment of the color black in his paintings as well as any past thematic readings of his body of work. The paintings on view incorporate traditional and nontraditional materials such as found objects, doilies, ephemera from his personal archives, and chalk. He often works and reworks paintings; sometimes subtracting and other times adding elements that may feel familiar, recalling the work of such contemporaries as Cy Twombly, Jasper Johns, and Jean-Michel Basquiat. Yet, his combination of materials and the recurrence of certain motifs-flowers, urns, spirals-are unmistakably Saunders's own unique visual language, to which there is neither a key nor a legend. Like the artist himself, his paintings are masterfully improvisational, defiant, and unexpected.

More About the Artist

Raymond Saunders was born in Pittsburgh, Pennsylvania, in 1934. He studied at the University of Pennsylvania, the Pennsylvania Academy of Fine Arts, the Barnes Foundation, the Carnegie Institute of Technology, and California College of the Arts (CCA). He is Professor Emeritus at Cal State East Bay in Hayward and CCA, as well as a President’s Fellow at CCA. He has exhibited in France, Germany, Switzerland, Denmark, Singapore, Korea, Japan, China, and the American Academy in Rome. He participated in the 1972 Whitney Biennial and has had multiple solo museum exhibitions, including at the M.H. De Young Memorial Museum, the San Francisco Museum of Modern Art, the Oakland Museum of California, and the Pennsylvania Academy of Fine Arts. In 2011, Saunders joined numerous notable artists in the Los Angeles Hammer Museum’s, Now Dig This! Art & Black Los Angeles 1966-1980.

In 1992 Saunders curated Paris Connections at Bomani Gallery in San Francisco, the catalogue for which received an American Book Award. In 1994 he organized “A Visual Arts Encounter: African Americans & Europe,” a groundbreaking conference at the Palais du Luxembourg in Paris to explore the diverse experiences of African American expatriates in France.

Multiple publications feature Saunders’s work, including Richard Powell’s Black Art and Culture in the 20th Century, and H. W. Janson’s History of Art, and his work has been reviewed in Art Forum, Art in America, the San Francisco Chronicle, the Los Angeles Times, and The New York Times.

Saunders has also published catalogs and pamphlets; most notably, his 1967 pamphlet "Black is a Color", which argues that African American artists need not be limited by racial representations, and argues against the concept of “black” art as a potentially degrading restriction, in favor of a more race-neutral approach to artistic creation.

The Sesnon Gallery encourages interdisciplinary discourse through the lens of the arts. Gallery hours are Tuesday–Saturday, noon to 5:00pm and Wednesday until 8:00pm. The gallery is located at Porter College, UCSC and is wheelchair accessible. Admission is free and metered or special event parking is available at Porter College. Group tours are available by appointment at (831) 459-3606.