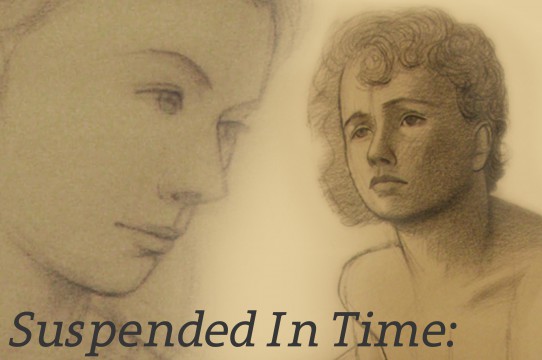 Curated by UCSC students from Art 100 Summer Session
Join us at the Sesnon Art Gallery for this exhibition of work by American Realist Charles Griffin Farr.

Suspended in Time: Intimate Figures, organized by Shelby Graham’s 2011 Gallery and Museum Practices summer session class features graphite drawings and oil paintings by the late leader of the San Francisco figurative movement, Charles Griffin Farr. These pieces are only a fraction of the Farr collection generously donated to the University of Santa Cruz; more of his paintings can be seen on display the University Center. In celebration of both his generosity and his artistic skills, Suspended in Time: Intimate figures, at the Mary Porter Sesnon Art Gallery located in the University of California, Santa Cruz, opens August 25 and runs through September 30, 2011.

Charles Griffin Farr was an American Realist who focused much of his art on depicting the human figure. A variety of his figurative works were selected for Intimate Figures, from finished oil paintings to concise pencil line drawings. Classic nudes, androgynous figures, and self-portraiture are recurring throughout his work, all done with a traditional methodology of steady line that make his work timeless, as easily a product of this decade as decades past. Farr remained a supporter of realistic figure drawing even as realism fell out of favor in the art world, hosting figure drawing sessions in his San Francisco studio during the 1960s and  through the 1980s.