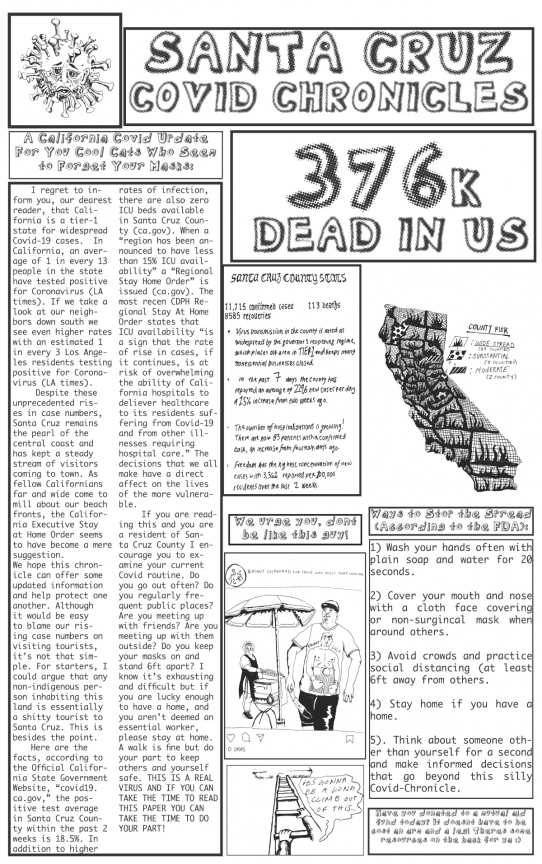 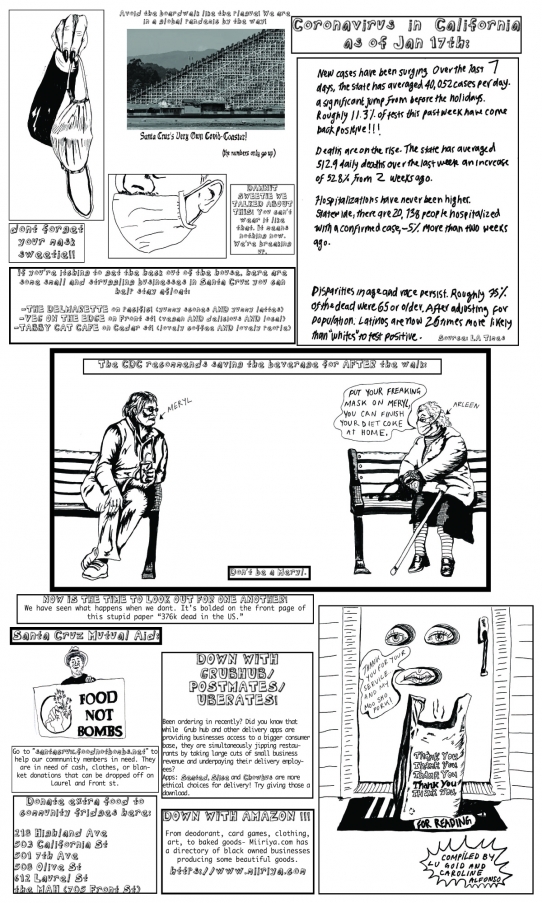 This was made in January. There are now an estimated 538,000 people dead in the United States due to Covid.

To Whom it May Concern from cdec on Vimeo.

“To Whom it May Concern”

This video is a collection of experiences of those who have experienced exploitative and/or toxic work environments, who have moved on but not forgotten. These are their parting thoughts for those employers, on a cassette voice mailbox that will never be heard by those at the top. 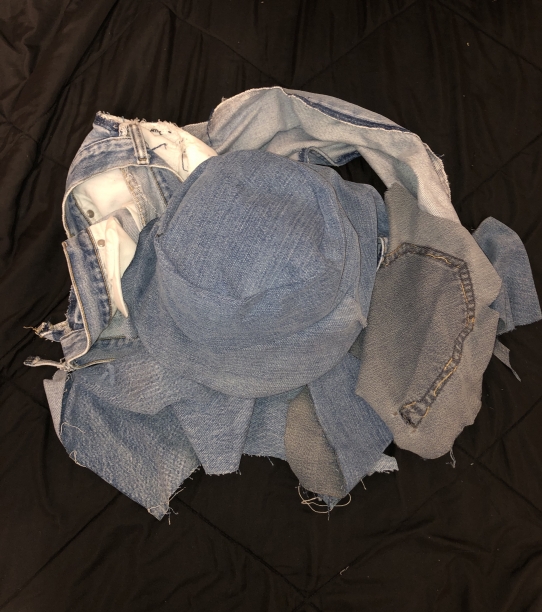 I've been mainly a realistic, traditional artist in my past. I still am a realistic artist, and I think that I’ll always be deep inside because I find realism so beautiful. On the side, I’ve also been experimenting with digital art, and I find ways to combine the new passion I’ve found with my old one. Another of my passions is social justice; I find that when I’m expressing empathy and thoughtfulness through my work for other people, I find happiness. I would love to continue with this in my future career as an animation artist, as it would make a large change in the world.

If you would like to see more of my work, 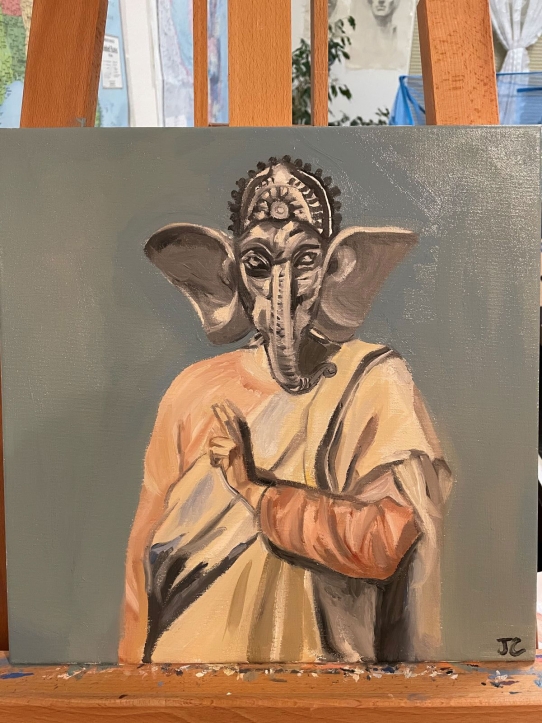 Head of Buddha, body of Christ 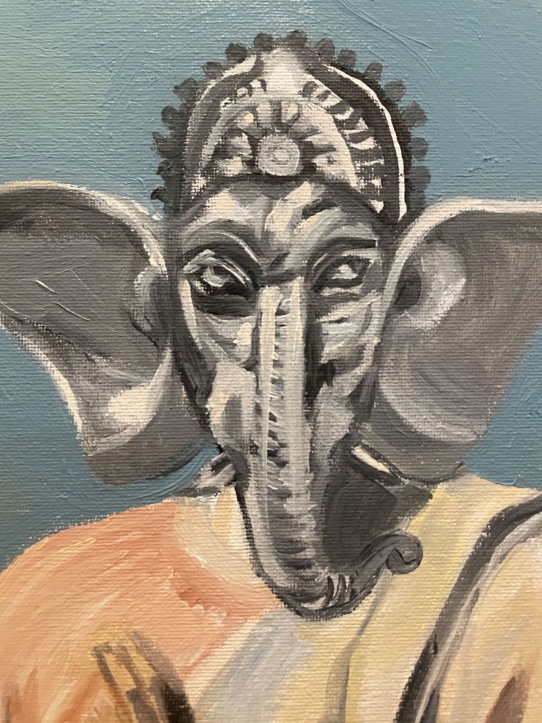 Detail of Head of Buddha, body of Christ 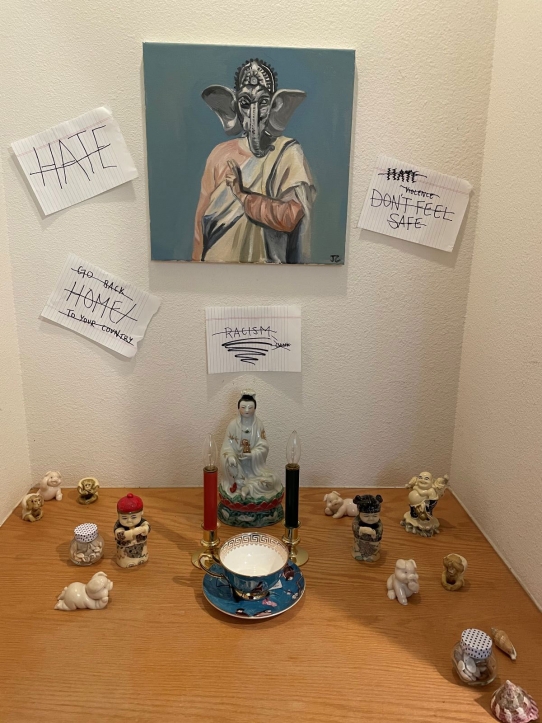 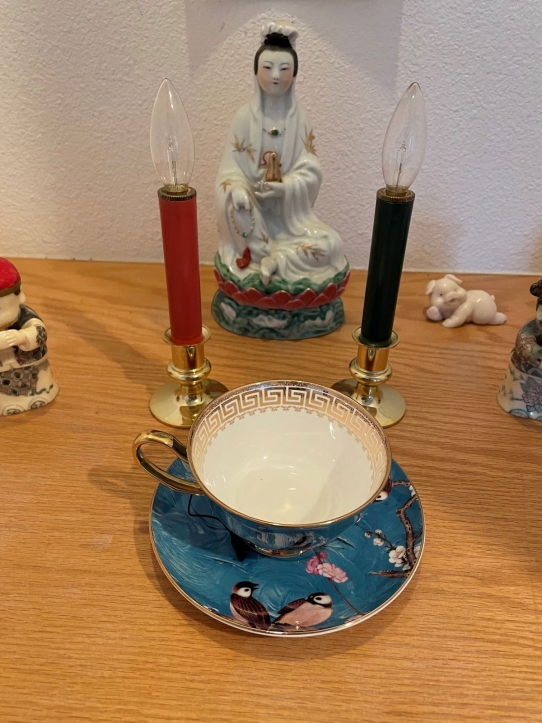 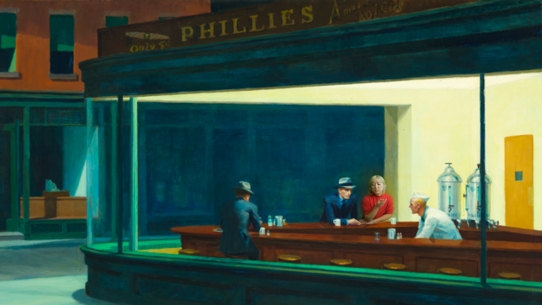 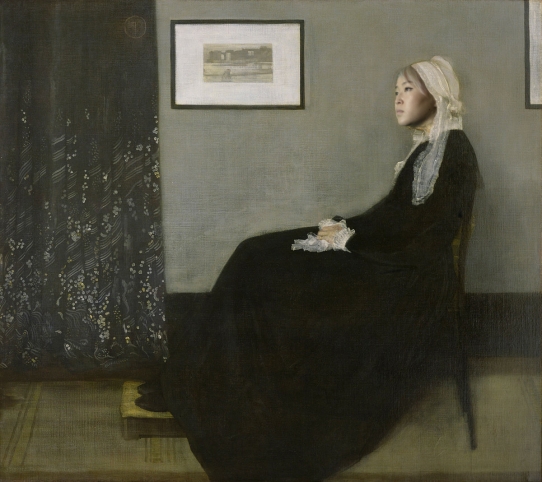 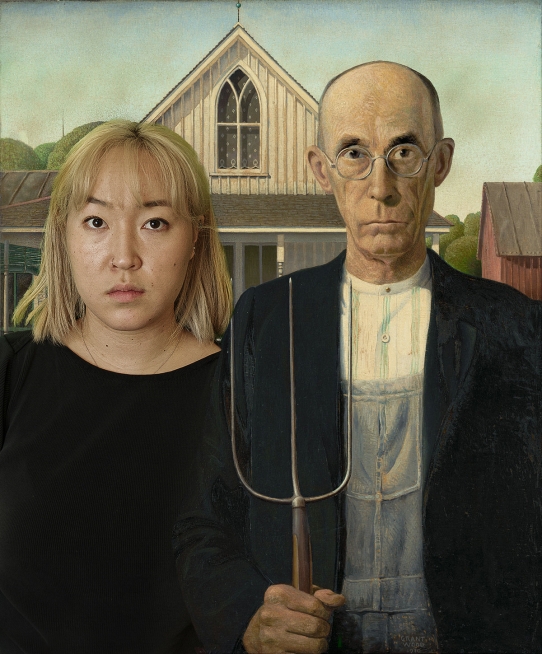 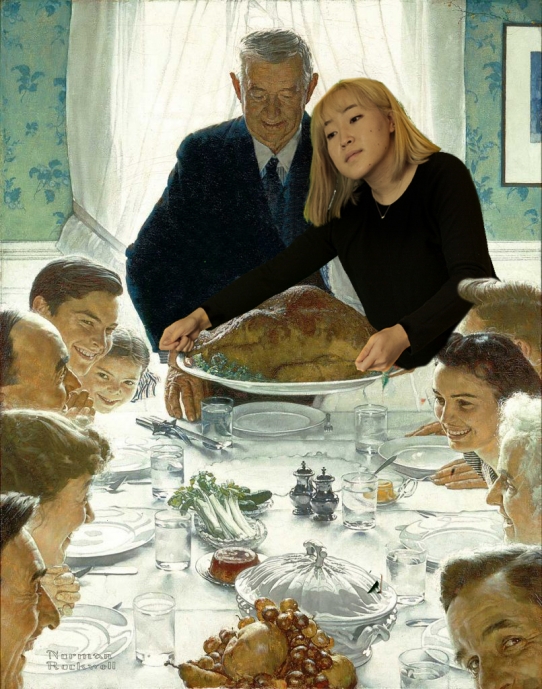 “Free me from this” 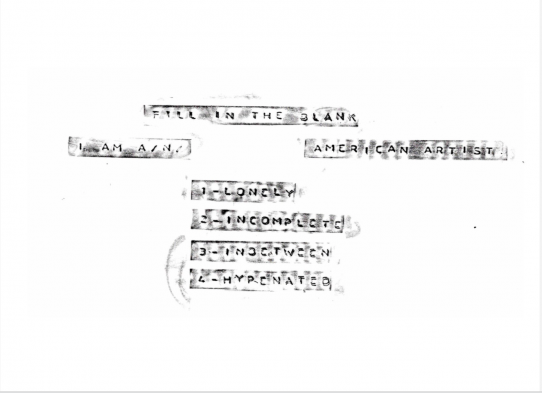 “Fill in the Blank”

This is a part of a collection of postcards questioning the representation of artists of color in the institutions of the museum. 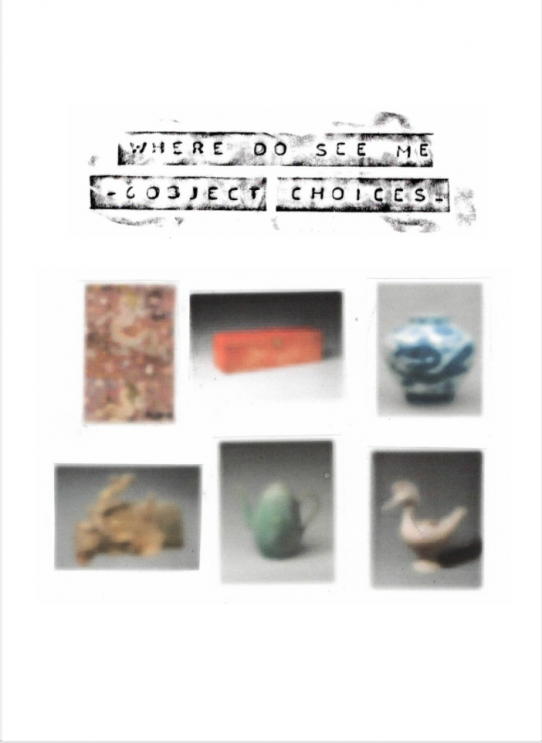 “Where do you see Me”

Another postcard addressed to major American art institutions. The pixelated images of Asian objects taken from one of these museums pose a question to the viewer: Where do you see me?

I was listening to the social theorist Adam Curtis (the emotional ghistory of the modern world film maker) speak about art, and he seemed to feel like contemporary art is not trying to capture the feeling of now, the anxiety, the isolation, the confusion.

He quoted Joan didion who says art is too concerned with history; which I think is a good thing for the most part, but her sentiment felt worth contemplating. While art certainly should be, and can never not be, concerned with history, I want to create 2021s century queer feminist portraiture. And to me this is what that looks like!

You are cordially invited to the place where everything is free and the body isnt a burden, a place with no room for shame, an imaginary space full of Infinite empathy!

Every morning starts with a meeting of the minds, a discussion about what we have to share with one another, what we can afford to give away, and what we need.

The picnic scene is a classically hertonormative one. I remember learning about the relative size of the universe, of atoms and of ourselves through the Eames brothers; but having this mind bending film begin with the sense of a picnic shared between a man and a woman. This film wasn’t a film about love, or intimacy, but it used this couple as a jumping off point to teach young kids about the universe‘s scope. This rabbit hole made me think about the tiny things I can’t remember that force me to internalize shame, that makes me feel watched regardless of how accepted i should feel.  If you look closely you can see two illusions to the  Eames brother picnic scene, reflected in hand mirrors.

This peice was constructed with crayon, pen, colored pencil There will be two illusions to the  Eames brother picnic scene, reflected in hand mirrors. 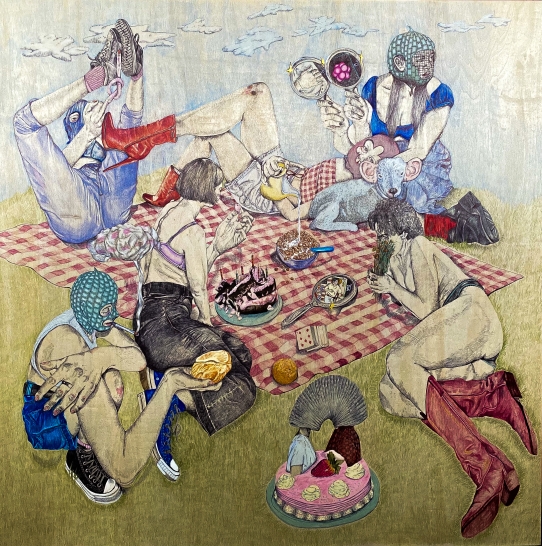 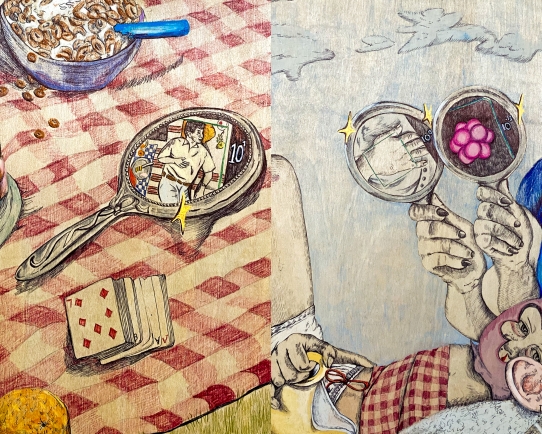 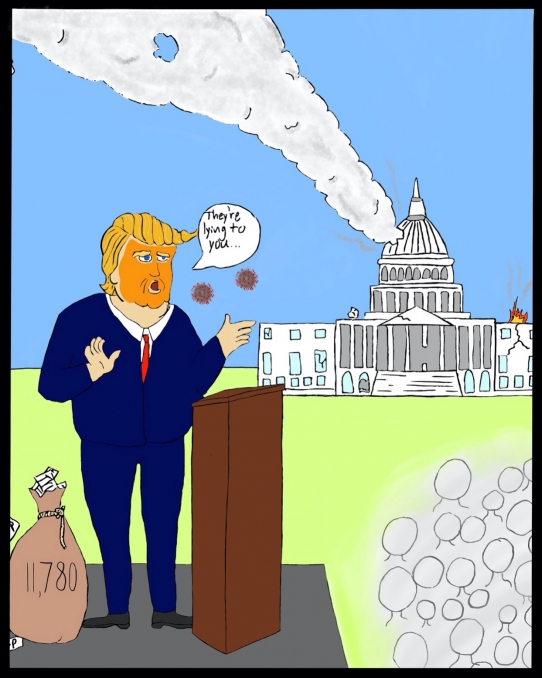 “Hypocritical Oath;” Digital comic panel (Procreate/Photoshop/Illustrator); I wanted to portray how some of us on the other side of the political spectrum felt about the previous presidency. The title is a play on Hippocratic Oath and the bag with 11,780 printed on it represents the votes the ex-president sought. 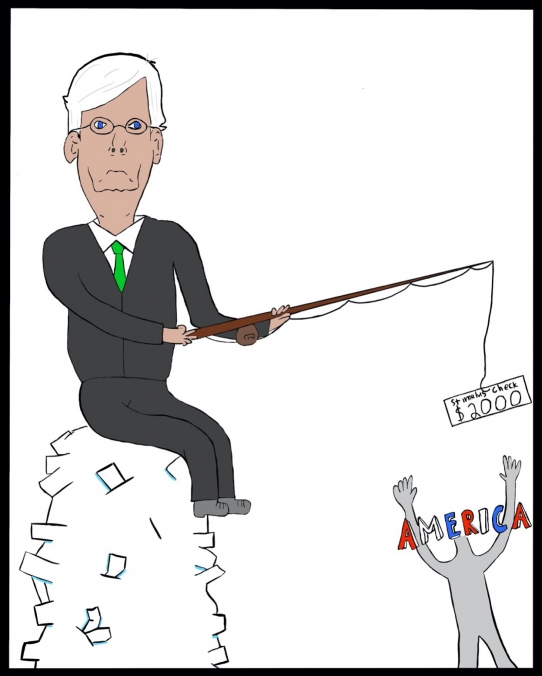 “Stingy Stimmy;” Digital comic panel (Procreate/Photoshop/Illustrator); When news came out that Mitch McConnell was the main opposition leading the stalemate on passing the relief checks to American people, I'm sure many people felt this way, and tried to turn that feeling into a picture. 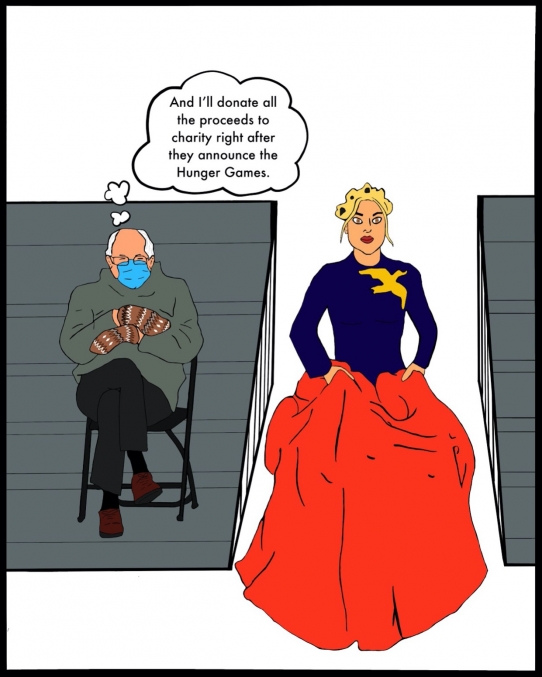 “Inauguration Games;” Digital comic panel (Procreate/Photoshop/Illustrator); After beginning the transition to a new presidency, there was a lot of hope in the eyes of people and I wanted to capture that. But I also wanted to have a different feeling to this last image, so I tried some lighthearted comedy.

When presented with information, one’s mind has to analyze and discern fact from fiction. If people take directions from an authority figure without being aware of what they are doing, then they become vessels for something else to manipulate. Their actions, words, and impact on the world around them is then influenced, if not controlled, by an outer source. Assuming a resource is credible and taking in all of its information as fact is dangerous. Conversation gives context to history and prevents fact from being taken out of context. Displacing truth is detrimental to humanity’s future.

My project intends on creating a trend of short-silent films or memes to inspire the general public to put their perspective out there and to create more conversations. Both silent films and memes can bypass language barriers and the transfer of information may expand globally. Without restrictions and limitations, there are no enforced boundaries. This takes away the “Big They” versus “little me” feeling, and places the power back in the populace.

This video is about questioning your news sources. It encourages one to question authority and sources of information.

There is beauty in the process of unraveling, untangling, creating and reworking.  I see overwhelming detail in every part of my daily routine.  Through my developing art practice, I’ve found significance in the elements of my surroundings and the space in between.  I see art as a bridge.  Mediums of art are agents of transference from abstract experience to interactive space.  A perspective that is influential enough to change the structure of my surroundings.

My studies of drawing and painting from life have taught me to seek answers to the specific questions necessary to translate the dimensional world to flat paper.  What angle am I looking at?  Where is this shape in relation to that?  Simple strings of questioning give me time to sit with my surroundings and interpret them in new ways.  A practice that has become intertwined seamlessly with the rest of my life.

Recently, I found myself in a printmaking class and discovered that I had an unexpected love for hand carved prints, silkscreens and etchings.  These pieces have become a staple in my portfolio.  Layering aspects that are intrinsic to printing have been transformative of this medium and have greatly influenced the techniques that I apply in my other work.

I have been exploring different ways of using art as a platform to pull people together.  I am inspired to create collective spaces that can be used as open studios, sites for art openings or live music, and for all types of collaboration.  A common craving among young artists.  Since the start of quarantine I have expanded on this sentiment in the form of a collaborative mixed media art periodical called “Scratch Magazine”.  This project has grown exponentially.  It has become a web of connection for artists to have a community space, even in separation.  Creating the magazine has been a pivotal point as I find my place in the art world. 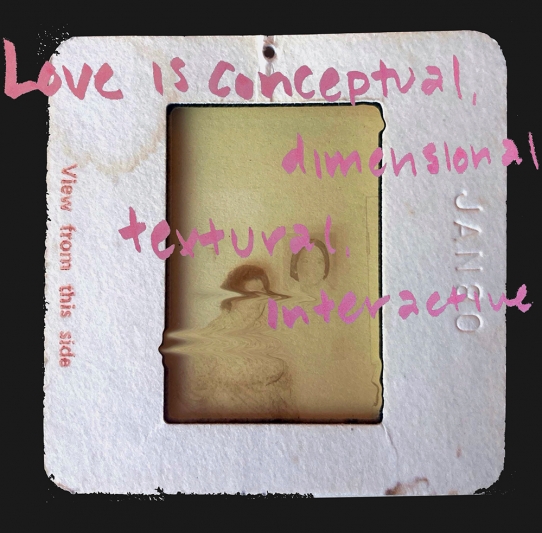 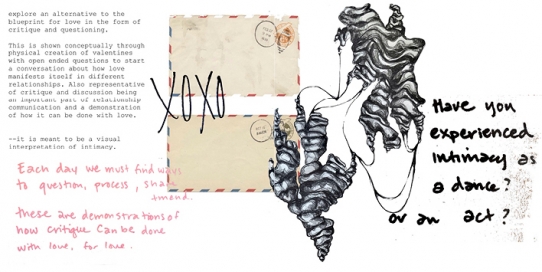 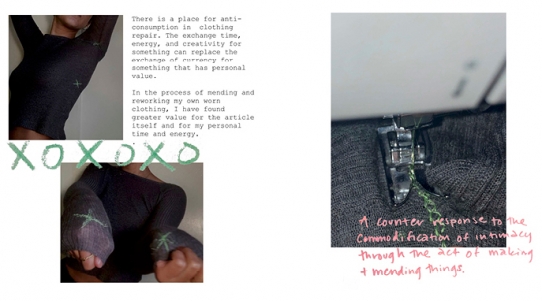 Title of the zine: “Love is Conceptual”

Description: A how-to zine that explains ways to actively explore ways to untie the connection between commodification & love, and consumption & value.

“Day in the life of a grand wizard”

“In the 1980s, the investigation of a KKK firebombing of a Black family’s home in Kentucky exposed a Jefferson County police officer as a Klan leader. In a deposition, the officer admitted that he directed a 40-member Klan subgroup called the Confederate Officers Patriot Squad (COPS), half of whom were police officers. He added that his involvement in the KKK was known to his police department and tolerated so long as he didn’t publicize it.”

- one of many examples from Brennan Center for Justice’s report “Hidden in Plain Sight: Racism, White Supremacy, and Far-Right Militancy in Law Enforcement”

“Since coming to law enforcement attention in late 2004, the term ‘ghost skins’ has gained currency among white supremacists to describe those who avoid overt displays of their beliefs to blend into society and covertly advance white supremacist causes. One Internet posting described this effort as a form of role-playing, in which ‘to create the character, you must get inside the mind of the person you are trying to duplicate.’

“Leaders in the white supremacist movement have advocated confronting suspected infiltrators and to instruct them to provide their FBI handlers with low level information that will minimally impact the group’s activities. Another as yet undocumented infiltration strategy, is for members to ‘walk in’ to law enforcement agencies and offer information to determine an agency’s interest in the organization.”

- from the 2006 FBI report “White Supremacist Infiltration of Law Enforcement”

The police force was established alongside society’s demand for upholding the slave trade and it continues to reinforce racial violence today. Explaining away the police’s white supremacist presence as “a few bad apples” ignores the vast reach of systemic racism. Violent police officers are not accidents; they are the boiling points of a system that we all take part in, and that none of us extricate ourselves from.

Conversely, every white supremacist participates in the mundane aspects of society. How terrifying to realize that the people we want to distance from ourselves have families, scroll social media, and shit just like we do.

“We make [systems of oppression] visible precisely for the purpose of removing them from our visual frames and from the larger society.”