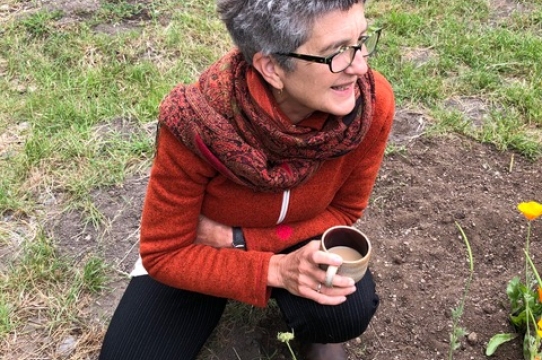 A. Laurie Palmer’s work is concerned with material explorations of matter’s active nature as it asserts itself on different scales and in different speeds, and with collaborating on strategic actions in the contexts of social and environmental justice. She sees art in its surprising, sensory, relational, and critically constructive capacities as a liberatory force that can contribute to collective and systemic transformation. Her work sometimes takes form as sculpture, installation, or writing, but also as collaborative public projects.

Her book In the Aura of a Hole: Exploring Sites of Material Extraction (2014) investigates what happens to places where materials are removed from the ground, and, once liberated, how these materials move between the earth and our bodies. Her current book project, The Lichen Museum, imagines the earth as an inside-out museum, free and always open, teaching us to develop our powers of attention, observation, and listening, and undermining the human-centered hierarchies that value certain forms of life and being over others. Palmer co-founded (with 17 other artists, attorneys, scholars, and activists) Chicago Torture Justice Memorials, a collaborative public project that helped build the foundation for passing, in May 2015, the first reparations legislation in a U.S. municipality for racially motivated law enforcement violence (chicagotorture.org) She collaborated with the four-person art collective Haha for twenty years on site- and community-based projects. She has shown her work at Grimaldi Forum, Monaco; Les Abattoirs, France; The Renaissance Society, Chicago; Artists Space, NY; Aperto XLV Venice Biennale; Magasin, Centre d'Art Contemporain, France; The Museum of Contemporary Art, Chicago; Randolph Street Gallery, Chicago; MASS MoCA, North Adams, MA, among other venues. Her public art commission, River of Memory, is permanently installed  at Seniorenzentrum Dornach, Austria. Palmer taught sculpture and contemporary theory at the School of the Art Institute of Chicago for 18 years before coming to UCSC in 2015. She has lectured widely on her work, and published art writing in Frieze, Artforum, Art in America, and other journals. 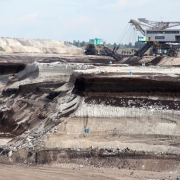 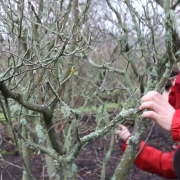 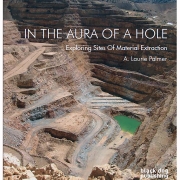 Laurie Palmer - In the Aura of a Hole 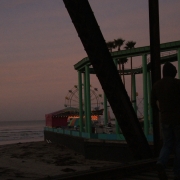 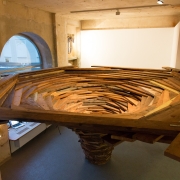