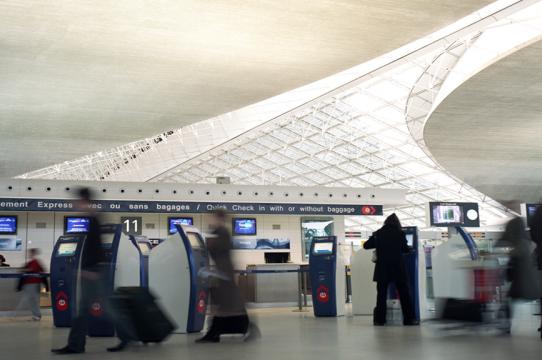 Media artist Chip Lord has dedicated much of his art practice of the last 20 years to the changing landscape of urban and public space. Lord was inspired by Michael Sorkin's book "Variations on a Theme Park: The New American City and the End of Public Space,” a collection of essays offering critical views of the monotony that invades our public architecture and public spaces.

The exhibition Public Spaces is a survey of photographic and video projects including (in the main gallery) Movie Map, 2003, Awakening from the 20th Century, 1994, and In Transit, 2010. Also included is a projection room with several Ant Farm projects and other videos  shown on demand.

Lord’s interest in architecture and urban public space has led to the production of a series of works in video that document and explore issues of urban geography and planning. For example, El Centro del Mundo, is an interactive DVD installation that allows viewers to browse different time periods of observed activities in Mexico City’s Zocalo.

As a founding member of the alternative architecture and art collective Ant Farm (1968-1978), UCSC Professor Emeritus Chip Lord co-produced the video art classics Media Burn and The Eternal Frame as well as the Cadillac Ranch roadside sculpture in Amarillo, Texas. Since 1978, Lord has been producing video installations and single channel video works. His creative practice straddles documentary and experimental genres often mixing the two, and his works have been shown at numerous film and video festivals and museums around the world, including the Reina Sofia Museum, in Madrid, Spain, The Tate Modern, London, and the Centre Pompidou, Paris.