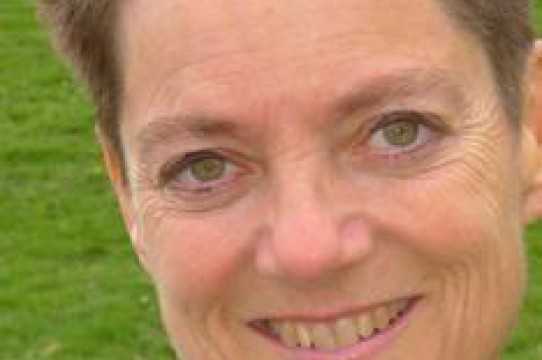 Jody Alexander, Jim Denevan and Elizabeth Stephens were nominated by local arts organizations and selected by a panel of arts professionals to receive the next round of fellowships from the Rydell Visual Arts Fund.

An exhibit of the current fellowship recipients can be seen at the Santa Cruz Museum of Art & History through February 23, 2014.

Roy and Frances Rydell established the Rydell Visual Arts Fund at the Community Foundation in 1985, to support the arts in Santa Cruz County in perpetuity.

Following their passing, their estate was bequeathed to the Community Foundation, with the proceeds of the sale added to the fund, which has grown to over $2 million, and used to support the arts through grants to visual arts organizations and fellowships to individual artists.

"Those of us who had the good fortune to spend time with Roy and Frances know what wonderful individuals they were and how happy they'd be with the fruits of their gift," said CEO Lance Linares.

Elizabeth Stephens, artist fellow for 2015, is an activist and educator whose art has explored sexuality, gender and feminism for over 25 years. Recently, her film, Goodbye Gauley Mountain: An Ecosexual Love Story, done with her collaborator Annie Sprinkle, opened the 2013 Santa Cruz Film Festival. Along with Sprinkle, Stephen performed or exhibited at the Museum Kunst Palast in Dusseldorf, Germany, The San Francisco Museum of Modern Art and the Biennale Venezia 53rd International Art Exhibition, in Venice, Italy. She is Professor, Performance, Intermedia and Sculpture at the UC Santa Cruz.