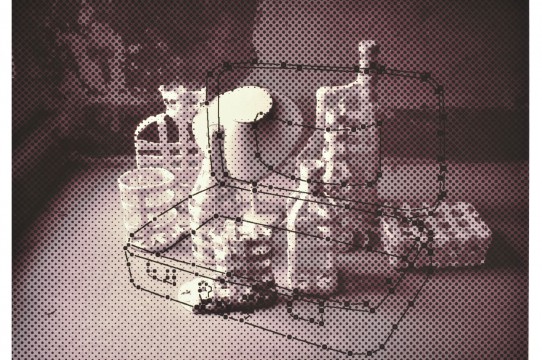 This talk looks back over two decades of Paul Coldwell’s graphic work and focuses on his treatments of the recurrent themes of journey, travel and dislocation. He will discuss the role of printmaking within his overall practice as an artist and the relationship between old and new technologies, and he will explore some of the key influences in his work. In addition he will touch upon his role as a writer and curator and the importance of the artist’s voice within art discourse.

Paul Coldwell is Professor of Fine Art at the University of the Arts, London, a position he has held since 2001.

As an artist, Coldwell's practice includes prints, book works, sculptures and installations. He has exhibited widely, his work included in numerous public collections, including Tate, V&A, British Museum, the Arts Council of England and Yale Centre for British Art.

He has published writings on a number of artists including Michael Craig-Martin, Giorgio Morandi and Paula Rego. In addition he has contributed to many publications including Print Quarterly, Printmaking Today and, Art in Print. His current book Printmaking; A Contemporary Perspective was published by Black Dog Publishing in 2010.