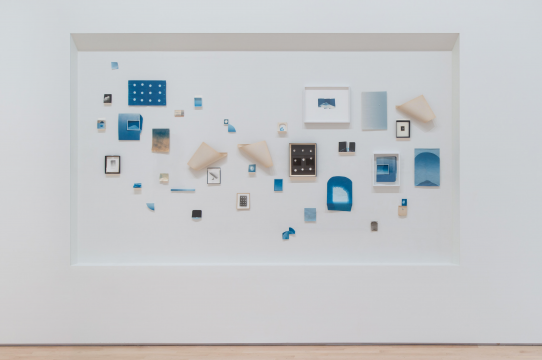 (free and open to the public)

Sean McFarland explores contemporary and historical perceptions of the landscape. The work, part performance, part documentary, examines the history of the medium, photographic veracity, the materiality of photographs, and how our perceptions of the earth are ever changing. Mortality, time, narrative, landscape, and the significance of looking at images are central to the work. Taking sensory memories as a model, he creates photographs, drawings, sculptures, installation, videos, and books that attempt to create experiences with the natural world while questioning perceived gaps and intimacies between art, nature, and our mythological construction of wilderness and the western landscape.

McFarland has received numerous awards, including SECA Award from the San Francisco Museum of Modern Art (2017), the Eureka Fellowship (2011), the Baum Award for an Emerging American Photographer (2009), and the John Gutmann Photography Fellowship (2009). He lives and works in San Francisco.