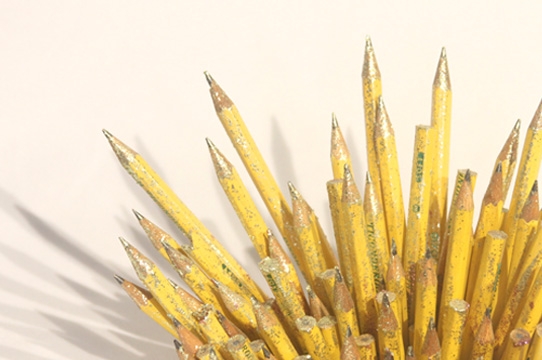 Tethered to Systems by Cassidy Skillman

For the past five years I have been creating artwork through multimedia practices. In 2016 I began to focus on printmaking and sculpture at Diablo Valley College in Pleasant Hill, CA. I transferred to University of California, Santa Cruz in the Fall of 2019 and am grateful for the opportunity to learn from the professors and to make art in the studios at UCSC.

My work reflects my interest in tethers between the environment, society, climate change and education. I developed a desire to form art dedicated to self-evaluation and environmental consciousness through learning about natural and man made systems. I am currently creating expressive art that depicts climate change in the midst of the relics of the industrial age that fueled the crisis. When I create, I like to portray moments of time through a concept and form that has the potential to be lost or corrupted. My disquietude with the rapidly changing climate has empowered me to make artwork depicting how the world is tethered to systems. 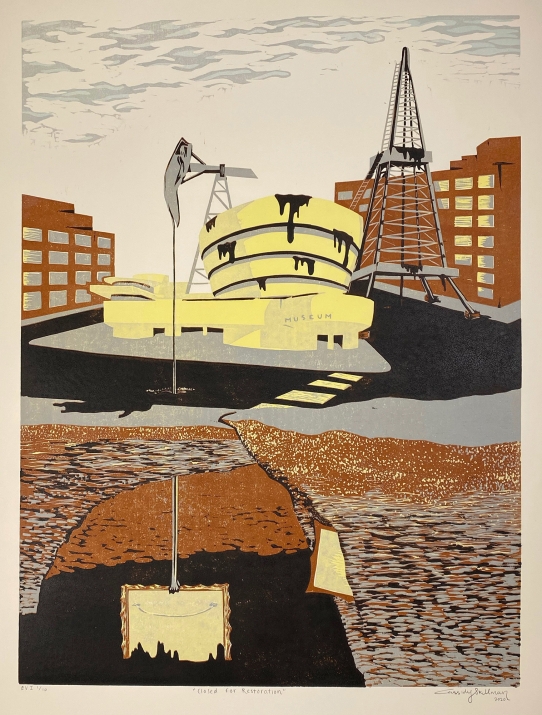 The Solomon R. Guggenheim Museum, along with many other institutions, have namesakes tainted with investments in fossil fuels. I imagine this beautiful museum as an aesthetic front to the corrupt industry. While the museum is closed for restoration, the Frank Lloyd Wright architecture oozes oil as the rigs drill for fine art. 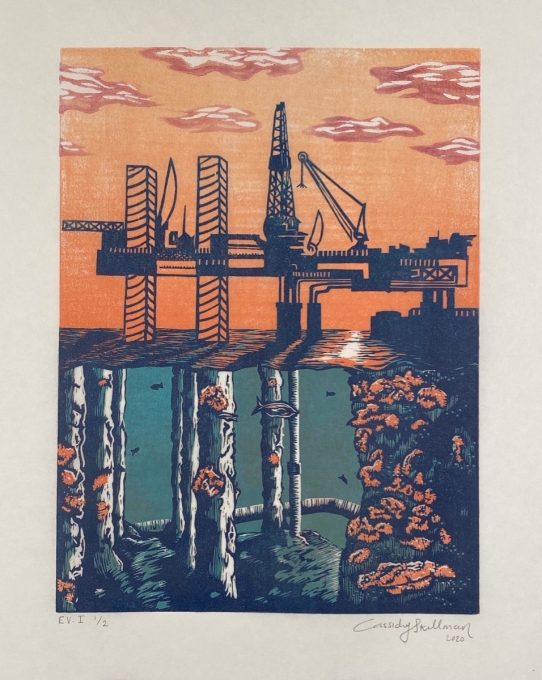 “Neglected Places: Below The Offshore Rig”

This print is created to subtly bring attention to neglected perspectives through combinations of melding imagery. When any aspect of the environment is overlooked there are systemic repercussions. I want to show the moments of nature's retreat when the environment is dismissed. 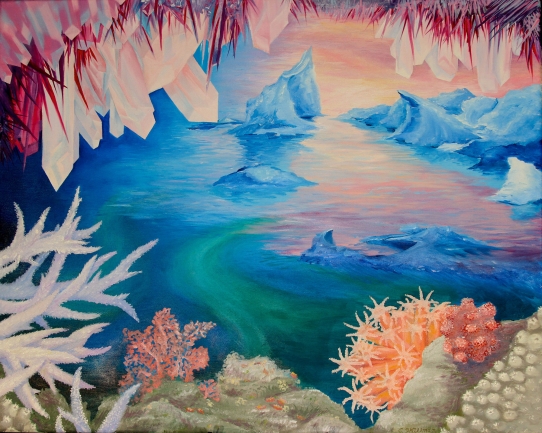 There is a high probability the future will not be as beautiful as today. There is a direct threat to the environment as we humans have sped up the natural process of weathering. Our natural defences, like the ice caps and the barrier reefs, are quickly becoming depleted because of the heat and pressure caused by our neglect. If we progressively erode the world of its beautiful system, Mother Nature’s innate strengths to preserve the ecosystem will weather as well. 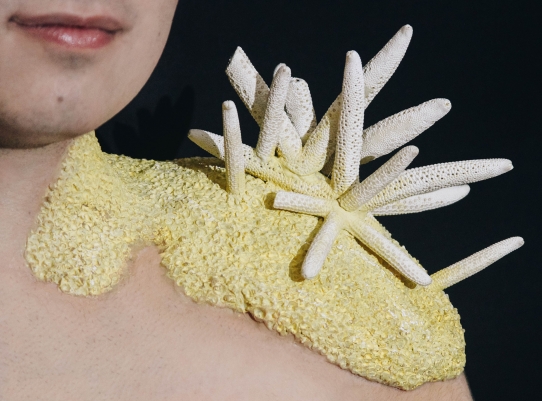 “We Are Global Warming”

The longevity of the barrier reef system depends on our effort to reduce global warming. Like bleaching coral, our bodies will become hypersensitive to increasing temperatures.  This sfx sculpture expands on the concept that the fate of one vital species holds the fate for all species. For that we must recognize that our system of survival has left humans accountable for global warming. 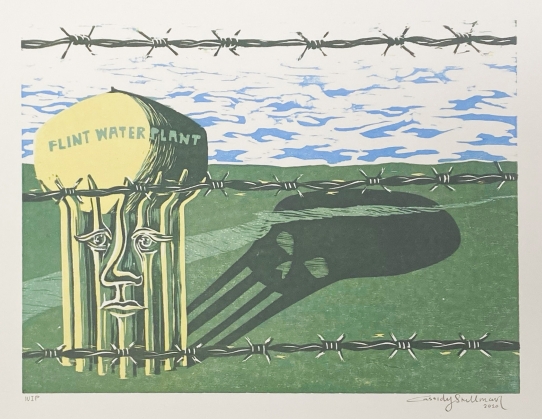 In 2014, officials in the City of Flint thoughtlessly adjusted the city’s water system and began to supply their citizens with water from the Flint River. This cost-cutting measure resulted in lead contamination causing a plethora of public health issues, including disease and death. In 2021, the public health and water crisis continues to affect the people of Flint, Michigan. 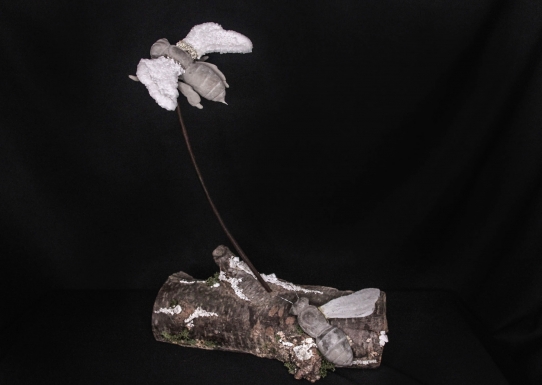 It is a tragedy that hard work goes unnoticed. It is a tragedy that the important work of a bee is unappreciated, and the honey bee as well as eight other bee species are in distress. In this mixed media sculpture I depict the tragic death of a bee and the rise of its spirit. 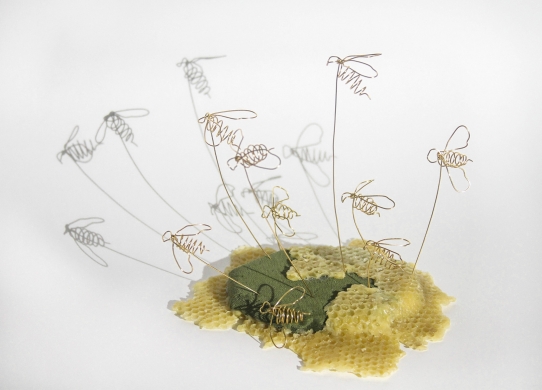 The system of survival that the honey bee species has ingrained is astounding. To a worker bee there is no concept of encroached space or individual gain. There is a common goal of keeping the hive alive through the natural instinct to form a swarm for protection. 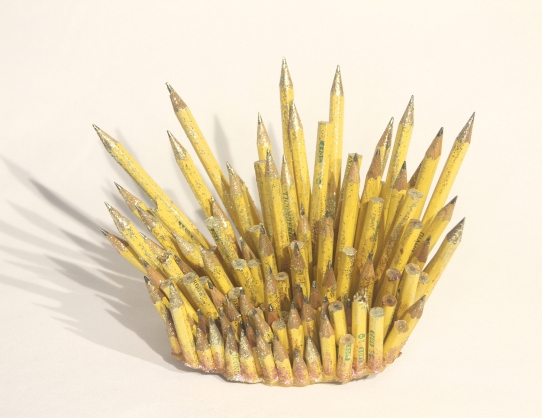 The pencil crystal structure represents the learning and the potential to bond and grow from educational pressures. There are similarities between a crystal and a pencil, both able to be held strongly and pressed upon until its respective point of fracture. As much as the form and shape of a pencil relates to a crystal, a pencil correlates directly with education. This sculpture captures the reality of the pressure to get a good education by emulating the crystalline structure with pencils. It explores the possibility of finding beneficial knowledge outside of an educational system by being presently engaged and aware. 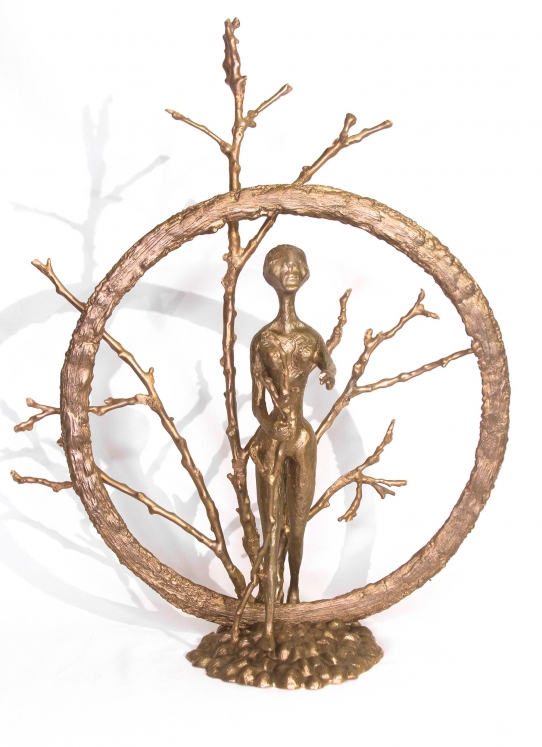 The sculpture depicts Mother Nature walking through the portal that allows her to take care of our world. 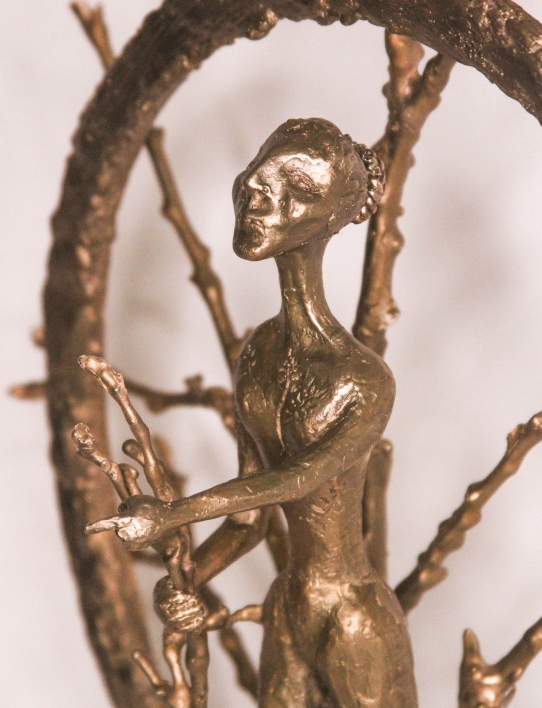 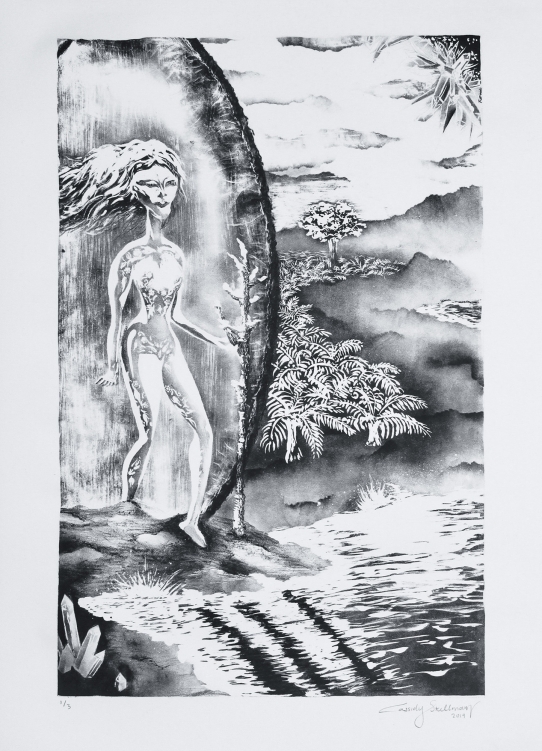 This stone lithograph was based on the bronze sculpture that I made in early 2018. Reflected in this piece is the sculpture, where in this state Mother Nature freely watches over and protects the natural environment. 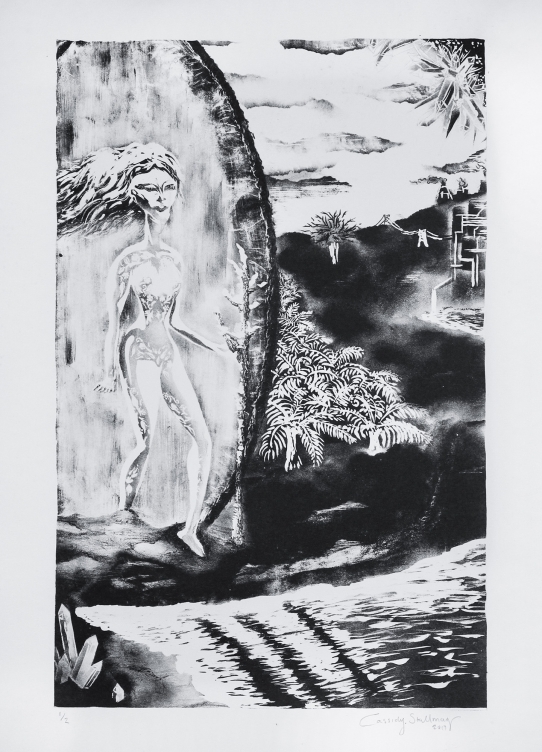 As industrialization creeps into the natural world, Mother Nature fades and the world around her darkens. 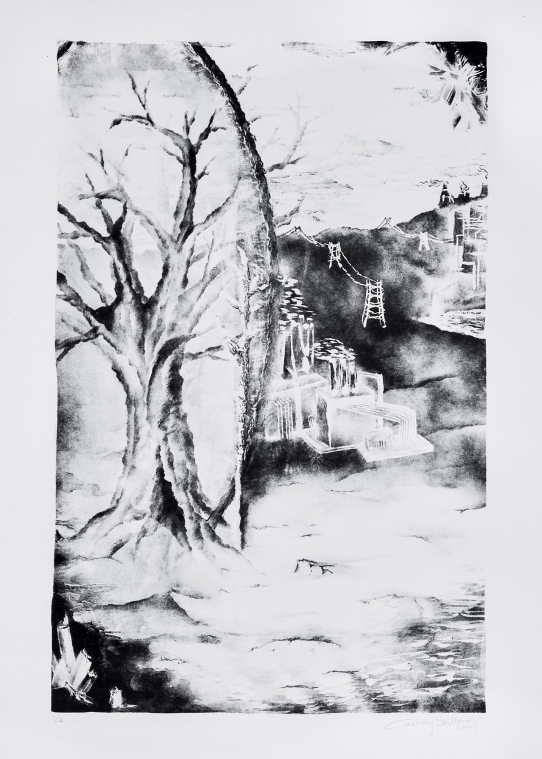 Industrialization has taken over leaving behind dry land and death. The portal is left behind in hopes Mother Nature can return. 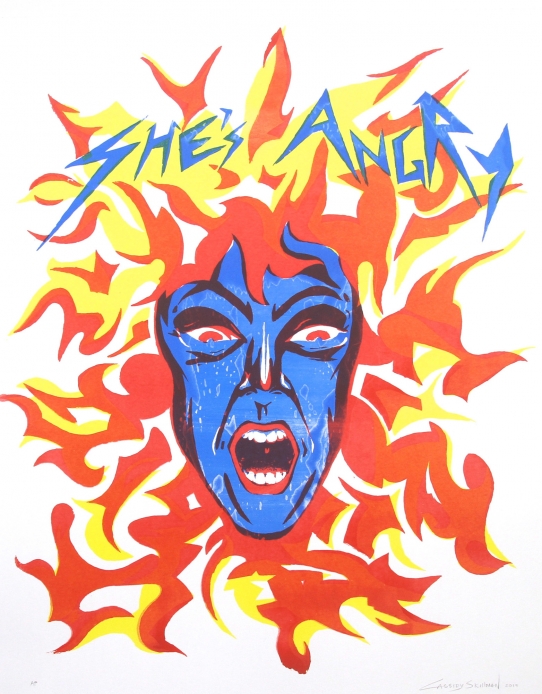 I like to believe she is Mother Nature and that she's angry. She's angry about the state environment. The warming of the ocean and ice caps. The pollution in the air. The accelerated extinction of vital species. The decay of her natural ability to provide continued life on earth.