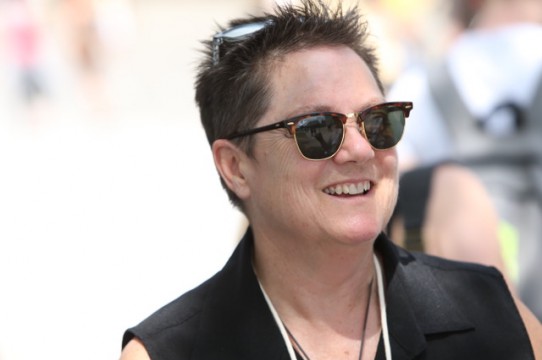 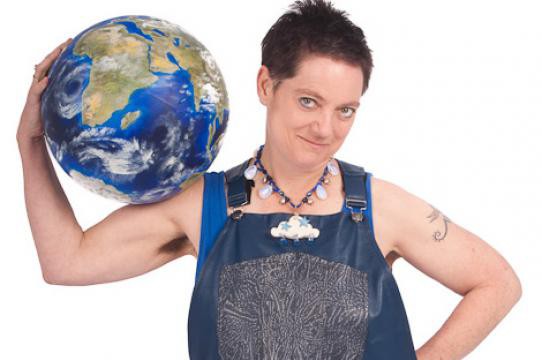 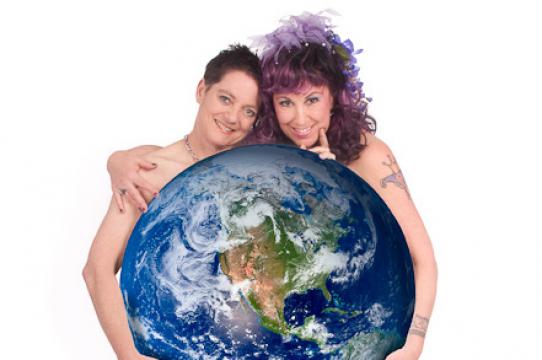 Elizabeth Stephens, Ph.D., is a filmmaker, performance artist, activist, and theoretician. Stephens gained her MFA at Rutgers in 1992 and completed her Ph.D. in Performance Studies at UC Davis in 2015. Her most recent project is the book, Assuming the Ecosexual Position: The Earth as Lover from the University of Minnesota Press, 2021. She is the Founding Director of the EARTH Lab (Environmental Art, Research, Theory, and Happenings) at UC Santa Cruz.

Originally a sculptor, Stephens has exhibited visual art, created performance art pieces, theater pieces, and screened her films nationally and internationally at museums and galleries such as the San Francisco Museum of Modern Art, Reina Sophia in Madrid, Museum Kunst Palast in Dusseldorf, the Center for Contemporary Art in Moscow, MoMA New York, the 53rd Venice Biennale and documenta 14 in Athens, Greece and Kassel, Germany.

Stephens' work explores embodied ecologies, queerness, and pleasure in this age of environmental struggle. Since 2002 she and her partner Annie Sprinkle have collaborated in performances, visual art, walking tours, and two feature-length films, Goodbye Gauley Mountain: An Ecosexual Love Story (2014), which screened at the Sheffield Docs Festival and the Parliament of Bodies in Athens, Greece. They also made Water Makes Us Wet (2017), which screened at documenta 14, MoMA New York, and the British Film Institute's Flare Festival, among other venues. Stephens received a Rydell Visual Arts Fellowship in 2014, and with Sprinkle, she received a 2019 Eureka Fellowship. Together, Stephens and Sprinkle performed over 22 weddings with nature (marrying the Earth, the Sky, the Water, and more) in nine different countries, raising the profile of Ecosexuality and shifting the discourse of our relationship from "Earth as Mother" to "Earth as Lover." Stephens and Sprinkle's collaborative work is cited in the emerging field of Love Studies as well as Performance Studies, Environmental Humanities, Feminist Studies, Art and Art History.

Assuming the Ecosexual Position: The Earth as Lover, Univeristy of Minnesota Press, 2021