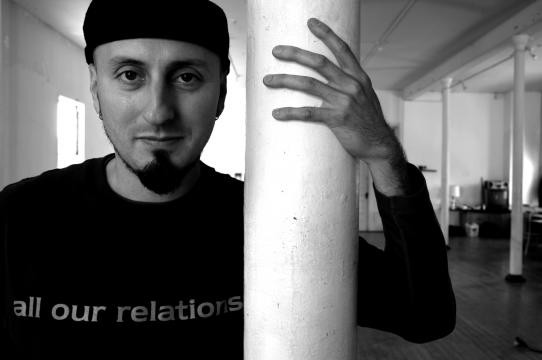 John Jota Leaños is a Mestizo (Chicano-Italiano-Chumash) interdisciplinary artist, animator and Professor of Film and Digital Media at the University of Californa, Santa Cruz. His practice includes a range of film, animation, public art, installation, new media and performance concerned with the embattled terrains of history and memory as they relate to nation, power and decolonization.