Professor Jennifer Parker to present at The Living Room Light Exchange with Brian Christain and Kadet Kuhne in Oakland, CA 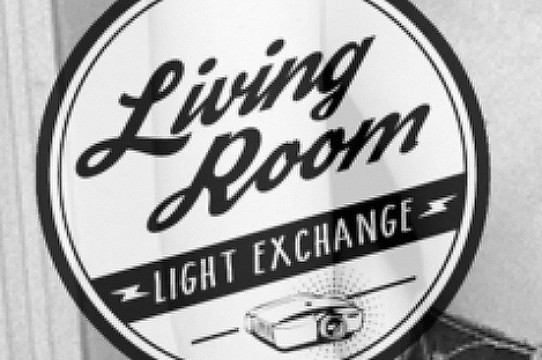 The Living Room Light Exchange is held the third Tuesday of every month at 7pm in rotating living rooms across the Bay Area.

Tuesday 11/18 In the living room of Elia Varga we'll be hearing from: Brian Christian on some of his newest ruminations, from Jennifer Parker on her current work, and Kadet Kuhne.

Living room doors open at 7pm, talks begin at 7:30pm, and open discussion at 8:30pm. The Exchange is organized by Liat Berdugo and Elia Vargas.

Brian Christian is the author of The Most Human Human, which was named a Wall Street Journal bestseller and a New Yorker favorite book of 2011, and has been translated into ten languages. His writing has appeared in The New Yorker, The Atlantic, Wired, The Wall Street Journal, The Guardian, The Paris Review, and in scientific journals such as Cognitive Science. Christian has been featured on The Charlie Rose Show and The Daily Show with Jon Stewart and has lectured at Google, Microsoft, the Santa Fe Institute, and the London School of Economics. His work has won several awards, including fellowships at Yaddo and the MacDowell Colony, publication in Best American Science & Nature Writing, and an award from the Academy of American Poets. http://brian-christian.com

Jennifer Parker is Associate Professor and Chair of the Art Department at the University of California Santa Cruz. Where she serves as founding Director of UCSC OpenLab Research Center and is an affiliate faculty of the Digital Arts & New Media program leading the Mechatronics Collaborative research cohort since 2009.  She works on Art + Science research projects that include sculpture, interactive art, new media, sound art, and kinetic art.  Her work has been presented nationally and internationally. She is the recipient of several grants, awards, and fellowships including Artworks NEA, Art Matters, the New Forms Regional Grant administered by the Inter-Arts Program of the NEA, The New Jersey State Council of the Arts  http://art.ucsc.edu/faculty/jennifer-parker

Kadet Kuhne is a media artist whose work spans the audiovisual spectrum. With the goal of forming somatic experiences which can prompt visceral responses to sound and movement, Kadet openly exposes the use of technology in her practice by employing fragmented, jump-cut edits and amplifying evidence of sonic detritus. This granulated, hyper-edited aesthetic, contrasted with spacious reflection, is intended to elevate tension between motion and stasis: a balanced yet heightened nervous system to reflect our own. Trained in jazz guitar, Kadet became attached to the instinctive nature of improvisation which led her to the California Institute of the Arts where she studied Composition and Integrated Media. Kadet's experimental sound and video works - taking form in album releases, installation, film, performance, interactivity, 3D printing and 2D print - are exhibited and distributed worldwide. Select venues include the Museum of Art Lucerne, LACMA, Yerba Buena Center for the Arts, de Young Museum, Museum of Contemporary Art-LA, Armory Center for the Arts, San Francisco Arts Commission Gallery, Madame Claude, Contemporary Art Center Villa Arson, and the Antimatter Film Festival. http://www.tektonicshift.com