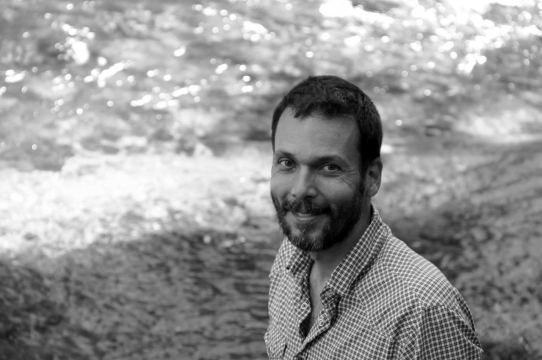 Assistant Professor in Environmental Art (as of January 4, 2021)

Jorgge Menna Barreto, Ph.D. is a Brazilian artist and educator, whose practice and research have been dedicated to site-specific art for over 20 years. In 2014, he did a postdoctorate at UDESC, Brazil, where he collaborated with a biologist and an agronomist to study relations between site-specific art and agroecology, centring around agroforestry. Presently living in Europe, he has engaged in a second postdoctoral research at LJMU, England, which will lead to the work he will present at the Liverpool Biennial in 2021. Menna Barreto approaches site-specificity from a critical and South American perspective, having taught, lectured, and written extensively about the subject. He translated related authors from English to Brazilian Portuguese, including Miwon Kwon, Rosalyn Deutsche, Hito Steyerl and Anna Tsing. Menna Barreto has engaged in multiple art residencies, projects and exhibitions worldwide. In 2016, he participated in the 32 São Paulo Biennial, where he showed his award-winning project Restauro: a restaurant set up to work out a complex system of environmental restoration in collaboration with settlements of the landless people movement of Brazil [MST]. The project travelled to the Serpentine Galleries in London in 2017, where the artist worked with a wild edibles expert, a botanical illustrator and local organic growers. In 2020, as a resident at the Jan van Eyck Academie, Netherlands, he launched a periodic called Enzyme, in collaboration with his partner Joélson Buggilla. In Geneva, Switzerland, he has collaborated with the MFA in Socially Engaged Art at HEAD - Haute École d’Arts Appliqués, with whom he is building a cooperation agreement focused on ecopedagogy. Since 2015, Menna Barreto has been a professor at the Art Department of UERJ, Rio de Janeiro, and will join UCSC in 2021.